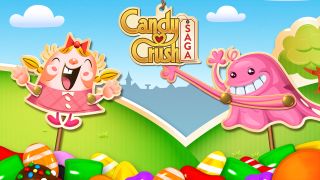 If you’re tiring of matching colourful candies in Candy Crush (or have been totally stuck on that one level for months), it might be time to look into alternatives to stave off your obsession with match-three games. Thanks to the success of Candy Crush there are plenty of similar titles on the various app stores, but not all of them are worth your time (or money). Luckily for you, I’m a fellow Candy Crush addict and have a wealth of match-three titles nestled safely in my phone for the commute. Here’s our pick of the top ten games like Candy Crush you should download right now, all doing something a little different to the crushing of the candies.

Matching candies is all well and good, but why do that when you could be matching adorable little creatures. It’s a head-to-head battler, with every game randomly matching you with an opponent, and forcing you to match columns of animal icons. Matches automatically attack your opponent, although if you match elephants and hippos you actually get some defense stats too. Like Candy Crush, play is limited by Charge Points and you get a maximum of five. But it’s a brilliant game full of lovely animations, cutesy critters and charm.

There couldn’t be a list suggesting alternatives to Candy Crush without featuring the game’s original source material: Bejeweled. Created back in 2001 for browsers, it’s the game that inspired the entire match-three genre, with its colourful jewels, classic gameplay and sparkling graphics. There are a few lurking on the app stores in more recent years, but we’d suggest Bejeweled Blitz is the best for the modern match-three era.

Technically Two Dots is more of a match-four game than a match-three. You get presented with a board full of coloured dots, and as long as you create a line connecting at least two of them you clear them from the board (and drop new ones of course). But if you really want to win at Two Dots, you need to create a square of dots to clear all those of the same colour across the board. Later on additional win requirements gets added, but the overall gameplay mechanics stay the same - and stay utterly compelling. What’s more, the freemium model is never intrusive, and just leaves you to get dot madness.

If you’re looking for a Candy Crush alternatives with a TV tie-in, then Futurama: Game of Drones is a great option. Featuring characters, environments and scenarios plucked straight from the tentacles of the TV show, it manages to channel all the hilarity and high-jinx you’d expect despite the match-three constraints. Gameplay-wise, it’s as you’d expect, with a few small twists but essentially a fairly straightforward match-three experience.

There might not be an official Pokémon RPG on the App Store (and Pokémon Go isn’t quite what we wanted either), but Pokémon Shuffle Mobile is a good compromise. It melds the battling concept of a classic Pokémon RPG, but with a match-three gameplay strategy. Match three (or more) of the same Pokémon together to dish out an attack on the opposing critter. The more you battle, the more Pokémon you have in your pocket to use for future battles. It’s strangely familiar, but mixing up the genre at the same time - both for the match-three genre and Pokémon itself.

Puzzle and Dragons is like an RPG crossed with Candy Crush, making you match-three at the same time as solving puzzles and collecting the titular dragons. You cultivate a team of colour-coded monsters, mating and evolving them so that they can accompany you on your perilous journeys. There are over 700 dragons to discover, and with fusion making that number go into the thousands. It’s as addictive to play as it is to collect dragons.

Threes! is doing something a little different with the match-three genre, and although it looks like you’re going to have to do some mathematics, don’t worry this is only as taxing on your noggin as Candy Crush itself. Instead of candies, animals or jewels, Threes! asks you to match numbers, sliding cards around a board. It starts off simply enough, with a two and a one sliding together to make your first three, three and three making six, six and six making 12, 12 and 12 making 24 and so on. But then your board starts getting busy with a variety of different numbers, and matching becomes trickier than you’d expect. It’s tactical rather than mathematical and all the better for it.

You should download Triple Town for it’s adorable little blocky bears alone. But despite their adorable looks and tiny roars, they’re actually the enemy in triple town, the flurry blocks stopping you from creating a kingdom fit for, well, a king (or queen). You grow your town by matching tiles together and levelling up the elements. Three patches of grass become a bush, three bushes become a tree, three trees become a house, and so on and so forth. So it’s you vs the bears in a fight to build a kingdom. There’s a Peaceful mode if you just want to match and build, but it’s locked behind the premium one-off purchase for $3.99/£3.99. But it’s more than worth that one time spend.

A rare premium purchase in the match-three category, but Puzzle Quest 2 is worth the money. It adds fantasy combat to the match-three mix, making Puzzle Quest 2 feel more like a RPG hybrid than other games on this list. It’s got a huge single-player campaign to play through (hence the premium price), and features dungeon roaming, fascination with XP and gaining new skills all the while battling new creatures. It’s fantastic and well worth your time.

Match Land is basically an RPG in the guise of a match-three title. You progress through a story, fighting a variety of beasties along the way, dishing out damage by matching attack icons of your various squad. There’s a healer, swordsman, mage and more to unlock and combine, until you feel like you’ve got the ultimate squad to face anything. It’s got a lot more to offer than your classic match-three game (and not just that it’s possible, and preferable, to match more than three icons), especially as you can chain several attacks together as long as you line up your icons before the timer runs out. It’s strategic and involved, and a fantastic addition to your daily gaming.