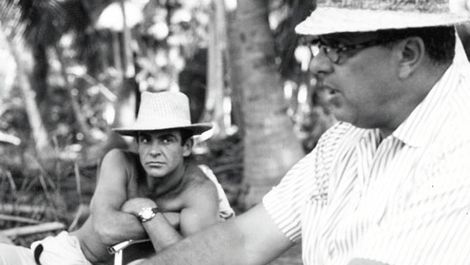 Untold? Hardly. Yet as Skyfall appetisers go, this thorough survey of how Ian Fleming, Cubby Broccoli and Harry Saltzman created a phenomenon could barely be bettered.

OK, so Fire In Babylon director Stevan Riley is obliged to peddle the party line, an approach that begs the odd awkward question. (If Broccoli was such a genial patriarch for example, why did Sean Connery hate his “frighteningly greedy” guts?)

Connery apart, though, the 007 access is nonpareil, whether it’s George Lazenby spilling the beans on the sex test he had to pass or Pierce Brosnan pissing himself over Die Another Day ’s much-derided kite-surfing.

The editing, meanwhile, is amusingly on the nose whether comparing ruthless studio bosses to Goldfinger heavies or illustrating the contribution of Kevin McClory (clearly the villain of the piece) with a Thunderball explosion.

Don’t expect any Skyfall teasers, however. The only previously unaired footage is a fleeting glimpse of a punch-up in silhouette that looks rather like an offcut from Kill Bill: Vol. 1 .