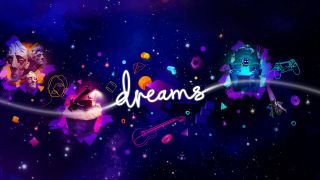 The Dreams faithful will get to play the full version of the game a few days earlier than the general public, developer Media Molecule has confirmed.

The studio revealed in an IGN article today that people who own the early access version of Dreams can download the full game starting on February 11 - specifically, at 4am PST / 7am EST / noon GMT. That's three days ahead of the standard release date on February 14, Valentine's Day.

Dreams officially went gold in January, though it has been available in early access since spring of last year. In that time users have already made everything from Spider-Ham to a photorealistic English breakfast, and also some things that don't involve pork, I think. The full release version of the game will add a new introduction to the game, more tutorials, a refined UI for finding creations, and additional sets of pre-made items for users to integrate into their creations.

The biggest new addition that Dreams will receive in the jump to its full release is Art's Dream. This is the story mode that Media Molecule has been promising, and it will span all manner of game genres as it introduces you to some of the creative possibilities housed within Dreams' approachable editor - the whole point is that it's all made with the same tools everybody else has. According to IGN's preview, it's relatively brief at 2-to-3 hours, but it's still an impressive showcase of what all you can do in the game.

Oh, and if you didn't already get Dreams' early access version, you'll have to wait for the full game to arrive - early access sales for the game are no longer open. Still, three extra days isn't that bad.

You can find more to play in our guide to the upcoming PS4 games for 2020 and beyond.