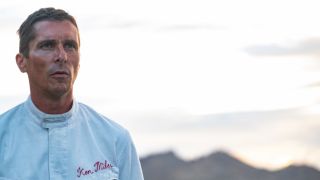 Ford v Ferrari star Christian Bale is in talks to join the cast of Thor: Love and Thunder, Collider reports.

The fourth installment in Marvel's Thor saga will see Chris Hemsworth reprise his role as the God of Thunder and Natalie Portman return as Jane Foster, who will become Mighty Thor in the movie. Thor: Ragnarok director Taika Waititi has returned to direct and lend his voice to the fan-favorite Korg in Thor: Love and Thunder.

Announced at San Diego Comic Con 2019, Love and Thunder is set to hit theaters on November 5, 2021, following a slew of Marvel Phase 4 releases including Black Widow, The Eternals, and Spider-Man 3.

THR was able to confirm Bale's casting, but so far details are mum about which role he's in talks to portray. Entertainment Tonight's Lauren Zima asked director Taika Waititi how Love and Thunder would compare to Ragnarok, and Waititi replied, "If you take Ragnarok – which I feel was a very big, outlandish, bombastic film – we’re trying to double down on everything we did with that and create something that’s more crazy, more fun, and even more of a big, big adventure."

Ragnarok was already quite a wild ride, so it'll be fun to see how Love and Thunder ups the ante, and Bale's likely casting just made things even more interesting. The new Thor flick will end Bale's nearly decade-long hiatus from comic book movies following 2012's The Dark Knight Rises.

Along with the next phase of the MCU, the new decade is bringing a tidal wave of exciting upcoming movies.