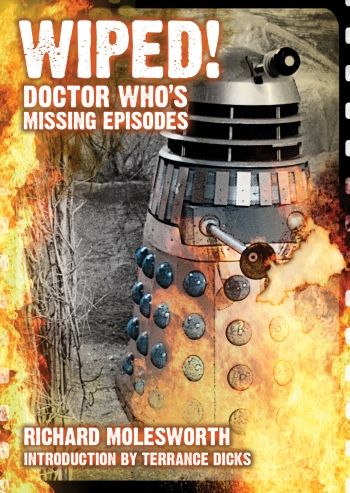 Forensic investigation into the junking of a TV legend

First things first: if you’re thinking of buying this for your nephew to go with that Dalek bubble bath this Christmas, there’s going to be one very disappointed face come 25 December.

Richard Molesworth’s guide to the wholesale junking of many early Doctor Who episodes is not for the faint-hearted: if you want to know the videotape spool number for 1965’s “The Rescue”, or the precise difference between suppressed and stored field formats, you’ve come to the right place.

Eye-wateringly technical it may be, but it’s also full of fascinating historical context. Today, we may scoff at the Corporation wilfully erasing its own legacy but, as Molesworth reveals, in the late ‘50s a 60-minute videotape would have cost the average worker several months’ pay – imagine what the Daily Mail would have had to say about that .

Yes, it’s trainspotter stuff but, unlike various “academic” Who tomes liberally spouting deconstructionist nonsense about Derrida and Foucault, at least this one’s propped up by hard facts; a labour of love that’s clearly involved an immense amount of painstaking research, it is, in its own small way, quietly heroic.