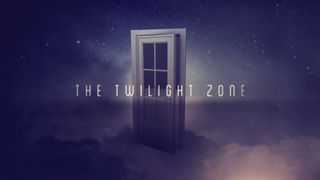 "There is a fifth dimension beyond that which is known to man. It is a dimension as vast as space and as timeless as infinity." Did that quote from the opening of The Twilight Zone get your nostalgia glands pumping out good feels hormones? I hope so, because Ken Levine, director of BioShock and BioShock Infinite, will be writing and directing an interactive reboot of the classic sci-fi show.

In an interview with Wired, Levine says that he'll be partnering with Interlude, a company that specializes in interactive media. Remember that Super Bowl commercial featuring Ant-Man stealing a Coca-Cola from Hulk? That was made by Interlude, and you can experience the interactive version here, which lets you seamlessly switch between two simultaneously-running video feeds. Levine and Interlude are still figuring out how this tech will work in the new Twilight Zone, but Levine says there's a "rough outline" of where he wants to take things.

The games that Levine has overseen - such as the BioShock series and System Shock 2 - already have a sort of Twilight Zone-ish-ness to them, so I think this move makes sense. And for those of you worried that Levine is leaving video games behind, don't be. He tells Wired that the Twilight Zone reboot is a side project, and his team is working hard on their next game.