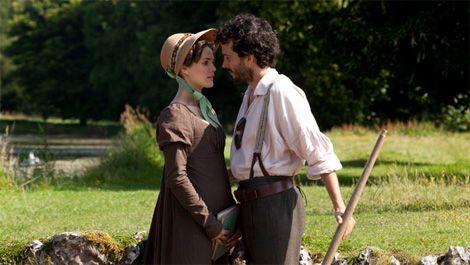 Like a Westworld for the terminally twee, Austenland is a theme park in which female guests cavort with Darcy-ish actors like forgotten Bennet sisters. This is where the borderline psychotic American Austen fan Jane (Keri Russell) heads as a mid-30s crisis hits hard.

Too witless to be a decent comedy, too charmless to call itself a parody, this messy adap of Shannon Hale’s novel groans under the weight of a predictable plot and explosive overacting, although Bret McKenzie wrestling awful dialogue at least brings a touch of adorability as the resort’s elfin stable lad.