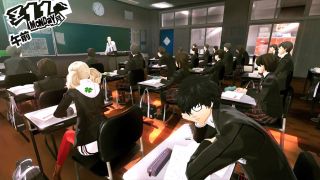 In a recent consumer survey sent to some Atlus fans, the company asks which of their games fans would consider playing on Switch if they were ported there.

Apparently not yet aware that all Switch owners love when anything is ported to Switch, the company’s 47th question of its lengthy survey asks fans to consider 17 different games of theirs as Switch titles.

“If previous Atlus games (games which can be played on other hardware, without adding additional elements) were ported to the Nintendo Switch, would you want to play them?” asks the company. “Select all of the titles below that you would like to play on the Nintendo Switch.” The options include Persona, Shin Megami Tensai, Etrian Odyssey, Catherine, and more. You can find the full scope of the options below.

We would be hard-pressed to find anyone who would choose that last option, and we’d bet it’s more likely that many people have selected literally all of them. The results of the survey aren’t public and probably won’t be as these sorts of surveys are usually kept internal with a company, but hopefully they spell out to Atlus that people definitely want this sort of thing.

It marks the first time Atlus has directly asked fans about the idea of Switch ports, even as rumors have never quieted about Persona and maybe more coming to Switch one day. If you’re looking for anything Atlus on Switch in the meantime, you should check out Tokyo Mirage Sessions FE Encore, which hit the eShop just last month.

For a Switch release you can count on, don’t miss The Wonderful 101 Remastered.