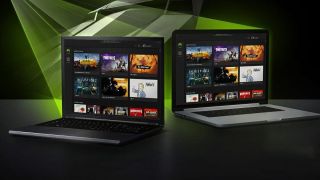 The popular PC game streaming service, Nvidia GeForce Now has been forced to drop all Activision Blizzard games from its service.

It seems subscription-based streaming services are everywhere in gaming, from Microsoft pushing Project xCloud, to Google still finding its feet with Google Stadia, we’ve always got the option to play any game, anywhere.

Nvidia GeForce Now, which only recently exited beta form, has pulled down its catalogue of Activision Blizzard games, this includes Overwatch, World of Warcraft, and the Call of Duty series.

Nvidia has given a statement regarding the issue:

“As we take GeForce Now to the next step in its evolution, we’ve worked with publishers to onboard a robust catalogue of your PC. This means continually adding new games, and on occasion, having to remove games – similar to other digital service providers. Per their request, please be advised Activision Blizzard games will be removed from the service. While unfortunate, we hope to work together with Activision Blizzard to re-enable these games and more in the future”.

Nvidia GeForce Now is a service that allows you to stream the games from your library, on a compatible device, no matter where you are. Unfortunately, if you own any Activision Blizzard games, you’ll no longer be able to stream them through GeForce Now.

Without a solid reason as to why Activision Blizzard decided to stop playing ball, it’s worrying that this could become commonplace for video game streaming in the future, with publishing deals coming and going and the only games that would actually be guaranteed are the ones the service providers create themselves.