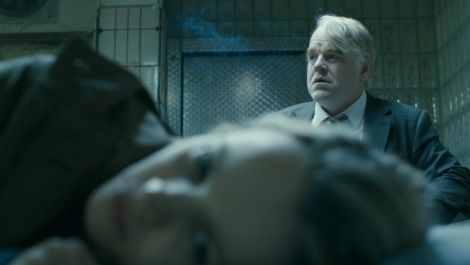 When Philip Seymour Hoffman lamps a bloke then breaks into a boogie in Anton Corbijn’s ( Control ) spy slow-burner, he reminds us how brilliantly he could combine size and threat with graceful subtlety. That range makes for crack casting in this adaptation of John le Carré’s 2008 novel, an old-school espionage yarn freighted with post-9/11 dread, but on its own understated terms.

Hoffman shoulders the bulk of it as Günther Bachmann, the hard-drinking head of a Hamburg anti-terror unit who has to negotiate conflicting interests when Grigoriy Dobrygin’s Chechen/Russian asylum seeker washes up in town. The Germans want him arrested; Robin Wright’s slick CIA player wants intel; Rachel McAdams’s lawyer wants to settle the man’s fiscal inheritance with Willem Dafoe’s oily banker.

But Bachmann has a longer game in mind: watch that tiddler in case he leads to bigger fish. Andrew Bovell’s ( Lantana ) precise script plays the game with him, steering the twists to the tune of fine details. Meanwhile, Corbijn’s direction shepherds the story patiently between clandestine assignations in seedy backstreets, the clammy hand of Herbert Grönemeyer’s anxious score always on its neck.

If the pace sometimes sags, it’s largely because Corbijn is more interested in the personal/professional lives his characters have inherited than narrative drive. But the cast nail what they do have and we’re grateful for all we have left from PSH. With controlled, restrained muscle, Hoffman suggests an entire backstory. And when he finally issues an explosion of rage, you’ll spit similar profanities at the thought of what movies have lost.