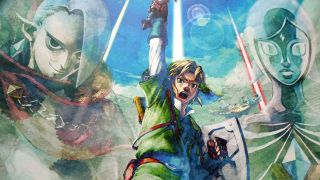 Preserving the best of the recent past

Nintendo, Sony, and Microsoft are starting to get it: people still want access to games that aren't necessarily brand spanking new. While backwards compatibility is sadly vanishing - only Xbox One actually supports games that ran on its predecessor - all the platforms are seeing games from the recent past re-emerge with modern bells and whistles. Sometimes this in the form of quick cash-ins (Activision's PS4 re-releases of Deadpool and Transformers for example), but other examples like the BioShock Collection and Ultimate Marvel vs. Capcom 3 alternately preserve the quality of the originals and re-open community play on new platforms. While plenty of remasters, remakes, and re-releases from the previous gen have come out or been announced, we're still awaiting word on these 8 brilliant games.

Platinum Games has had it tough on the PlayStation 4 and Xbox One. Smaller games from Platinum have ranged from good but limited action like Transformers: Devastation to outright travesties like Teenage Mutant Ninja Turtles: Mutants in Manhattan. Big originals like Scalebound have been flat out cancelled. It's time for Platinum to reassess its place on modern machines and revisit its crowning achievement from Xbox 360 and PS3: Vanquish. Born in the wake of Gears of War when every other game was a third-person shooter where you could take cover, Vanquish distinguished itself by being the Iron Maiden of shooters, all blazing rock & roll attitude and absurd theatricality. You play as Sam Gideon, an armored super soldier and football player who shoots robots from cover and then slides around the battlefield on his knees like a rocket-propelled Marty McFly scaring the crap out of '50s teens at a dance. While smoking. It's amazing, but without even a PC release it remains trapped on last gen machines. Polish it up, get it running at 60FPS and give the world another taste, Platinum and Sega!

The Legend of Zelda: Skyward Sword

The Legend of Zelda series often deserves the praise it receives, but look at the re-releases of every major entry from the past twenty years and you'll find that most Zeldas benefit from revision. Twilight Princess HD and Wind Waker HD, both benefitted from streamlining, stripping tedious fetch quests out. Majora's Mask 3D made the N64 game comprehensible without using a guide. The Wii's Skyward Sword is desperate for this kind of reconsideration on Nintendo Switch. Fixing the incessant back and forth between Skyloft and the small exploration areas, giving people the option to turn off Fi's tutorials, and chopping out the scads of explanatory dialogue from NPCs would drastically improve the game. That's not all a Switch version of The Legend of Zelda: Skyward Sword could give us, though. It could free the game from motion controls entirely. It can already be played on the Dolphin emulator with an Xbox 360 controller. Redeem this game, Nintendo.

We've been trying to make an Aliens video game for three decades straight. Alien: Isolation is an amazing riff on Ridely Scott's old thriller, but no one's nailed the perfect mix of crazy bravado and fear James Cameron locked down in this sequel. Halo's Flood are too annoying and the less said about the Hague-worthy crime known as Aliens: Colonial Marines, the better. No one's come closer to getting it right than Visceral Games with Dead Space. Isaac Clarke's vicious journey on a demon-infested space station didn't have the squad dynamics of Aliens, but it had everything else; the mad set pieces, the grotesque predators, and the versatile, workmanlike weaponry to dispose of them. Electronic Arts' reticence to release remasters of PS3/360 games on new machines is holding this one back, but it's possibly the most deserving of its last gen line up.

The Witcher 2: Assassins of Kings

The world can be forgiven for thinking that The Witcher 3: The Wild Hunt was just a weirdly titled, incredible debut from a totally new developer called CD Projekt Red. The two RPGs that preceded it were beloved by a certain segment of PC players and folks who tackled the imperfect Xbox 360 port of the first sequel, but neither of those previous games were as ambitious or expertly executed as The Witcher 3. In The Witcher 2: Assassins of Kings, though, there's a smaller version of the game The Witcher 3 would become, and even the Xbox 360 version presented it well if awkwardly at times. Long load times and cramped environments sometimes hampered the already excellent storytelling. While CD Projekt Red is busy making Cyberpunk 2077 and Gwent, a proper new Witcher game is many years away. That makes it a perfect time to let another studio get about remastering The Witcher 2 into a smoother, more technologically capable shape on PS4 and Xbox One. (Best skip The Witcher, though. That game is good but it needs a complete remake to be console ready at this point.)

Nier looked and played like a C-tier PlayStation 2 game when it came out on Xbox 360 and PlayStation 3 back in 2010. The action RPG, a bizarre mix of hoary fantasy and post-apocalypse tropes, didn't make a good first, second, or even third impression. For those that stuck with it through the limp combat, empty landscapes, and affecting bucolic music, though, Nier revealed itself to be one of the most affecting and strange games of the past decade. Finishing the main story involved playing through an odd but pretty standard action RPG, but the second scenario that opens is a soulful exploration of the relationship between the player and enemies in video games. The third scenario turns the brawling action into a text adventure about an intersex warrior possessed by the soul of a dead criminal. Nier goes to some weird, magical places and it deserves to find the bigger audience it never did on Xbox 360 and PS3.

Why are there two Platinum-made games on this list? Because no one rocked the PS3, Xbox 360, and Wii/Wii U era quite like Atsushi Inaba's house of crazed action games. That Bayonetta 2 exists at all is remarkable. After the original Bayonetta sold well for Sega on Xbox 360 and PS3 back in 2010, the company drastically scaled back its investment in new console games and downsized globally. Bayonetta 2, a game in production during this period for Sega, was cancelled in the process only to be saved in 2013 by Nintendo who was desperate for new Wii U games. Given that tumultuous development, Bayonetta 2 could have ended up a mess. Instead it improved on the original in almost every way, smoothing out the combat while also amping up the colorful detail and hyper-sexual comedy that made Bayonetta so lovable in the first place. If Nintendo and Sega don't help Platinum get this re-released on Switch, the world will be a sadder place.

Ni No Kuni: Wrath of the White Witch

The tragic reality is that, given how difficult it is to emulate the console, many PlayStation 3 exclusives will never escape that machine. Ni No Kuni: Wrath of the White Witch shouldn't suffer that fate. Level-5's grand mix of classic role-playing, creature collecting, and Studio Ghibli-infused whimsy almost didn't get released outside of Japan at all. When it did, many players couldn't get past the steep difficulty and frequent battles to enjoy the rich artistry of its world. With Ni No Kuni 2 on the way for PS4 (and likely PC), there's a golden opportunity for Level-5 to reintroduce the original in a rebalanced, streamlined remaster akin to Nintendo's work on The Legend of Zelda: Twilight Princess HD. Fewer fights, faster fights; that's all you need to fix this beautiful game, Level-5.

Is there any Xbox 360 and PlayStation 3 game people want on PS4 and Xbox One more than Red Dead Redemption? Don't come at us with that Xbox 360 backwards compatibility talk either: only a full on, 60FPS and 1080p remaster excising the more painful load times in John Marston's original adventure will do. We want all the horse riding, all the heists, all the quests, all the hunts, the Undead Nightmare expansion and that amazing ending brought into the modern console age with 4K and HDR support to boot. Red Dead Redemption 2 isn't enough, dag nab it.