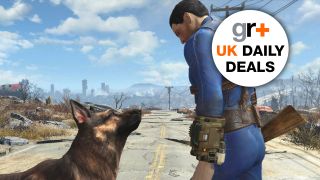 Black Friday and Cyber Monday might be over for another year but that does't mean the bargains have to stop. Plenty of retailers are running a full Cyber week of discounts so there's still plenty of money-saving offers on PS4s, Xbox Ones, and 4K TVs. There's great reductions on games too so, like festive deals elves, we've gathered the best of them here.

Take a look at the best UK game deals below – and come back tomorrow for more PS4, Xbox One and hardware bargains.

There's no better time to pick up Microsoft's console, especially now it's in its slimline form and compatible with 4K video. With three great games for £229.99, this is an ideal starter bundle.

PS4 Slim 1TB: This brilliant bundle has the PS4 with bonus storage, The Last of Us Remastered, Uncharted 4, Driveclub and a 2 month Now TV Sky Cinema pass for only £249.99 from GAME.

PS4 Slim 500GB: If you just want the console and a single game, Call of Duty: Infinite Warfare comes with this PS4 Slim for £219.99 from Zavvi.

Xbox One S 500GB: If someone wants Minecraft this Christmas, you can get it alongside Microsoft's latest console, an extra controller and a 2 month Now TV Sky Cinema pass for £229.99 from GAME.

Skyrim Special Edition (Xbox One): Be the Dragonborn on Xbox One now £24.99 at GAME.

Tales From The Borderlands (Xbox One): Feeling handsome? Grab it for £5.99 at GAME.

Samsung Soundbar: Get this 120W Soundbar with Bluetooth & External Sub for £84.55 at Tesco Direct

Seagate Hard Drive:  Looking for external storage for your Xbox One? Grab this Seagate Expansion 4TB External Hard Drive for £99.99 at argos.co.uk

Xbox One Wireless Controller: The Gears of War 4 JD Fenix Limited Edition is now £39.99 at GAME

Xbox One Wireless Controller: Fancy a new controller in black or blue? Head to GAME and nab one for £34.99.