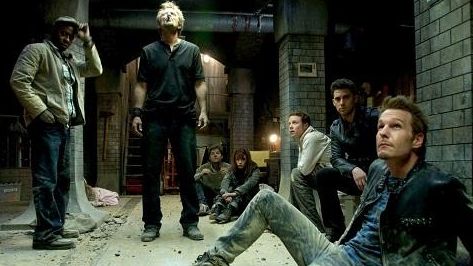 Problem is, he’s crazy, and soon everyone else is too – shaving their heads, attacking each other and generally turning a bit Mad Max 2 .

Mixing vague sci-fi with hardcore horror, beautiful cinematography with ugly nihilism, Xavier Gens’ ( Frontier(s) ) impressively grim film has points to make about post-9/11 militarism, but you get the sense that humanity disgusts him so much he’d rather leave his characters to the roaches.

By the end, you may agree.