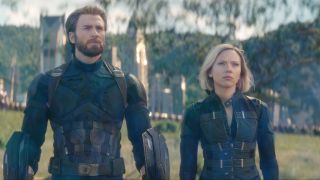 It looks like it’s finally here. The Avengers: Endgame title has been leaked by a cinematographer with a long history working with the Russos and, better yet, he’s tried to hide the evidence. But the internet’s always watching and waiting, desperate for a slip-up. So, are you ready for a title that sounds even more ominous than the events of Avengers: Infinity War?

The eagle-eyed folks at Omega Underground have stumbled upon cinematographer Trent Opaloch’s website in which – up until last night – had the full Avengers 4 title just sitting there (though it’s now been changed to simply ‘Avengers 4’). Drumroll, please… the Avengers 4 title could very well be:

That sounds pretty… worrying. So, what gives this Avengers 4 title leak credence over the dozen you’ve probably seen? Well, aside from the fact that Opaloch is clearly covering his tracks, he’s also worked with the Russos in each of their three previous MCU movies. Suddenly dropping him for the fourth would presumably be out of the question, ergo, he’s definitely worked on this movie and he definitely knows the title.

But, if Avengers: End Game does ring true as the Avengers 4 title, it only adds to the multitude of fan theories that this will be the end of an era for the MCU and may just include several big goodbyes and deaths. There’s also the fact that Kevin Feige warned that the title would be a spoiler for Infinity War. While it’s not a direct spoiler, it’s surely something you wouldn’t have wanted to know going into Avengers: Infinity War. So that checks out.

Still, the pedantic in me wishes it was ‘Endgame’, but I’m sure I’ll be too busy crying next May to care about something as silly as that.

Can we add Avengers: End Game to the list of new Marvel movies? Not quite yet – but still make sure you’ve planned your year(s) out accordingly anyway.