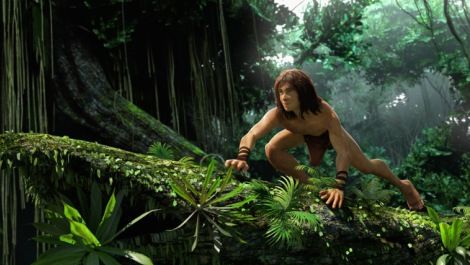 Phil Collins songs aside, the last animated Tarzan marked the final flourish of the Disney Renaissance and coined a whopping $448m worldwide. This computer-generated mo-cap version can’t help to compete, even without a club-footed updating that turns Edgar Rice Burrough’s loinclothed apeman into a tree-hugger defending his jungle against capitalists.

Having trashed one icon in The Legend Of Hercules , Kellan Lutz shafts another with vocals admittedly well-suited to the muscle-bound mannequin. What really sabotages Reinhard Klooss’ film, though, is a subplot involving a meteorite-derived power source.