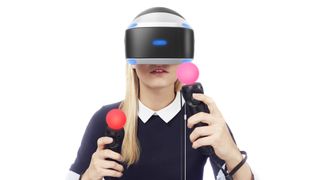 Taking off the headset after playing the Be The Batman demo of Batman Arkham VR at E3 this year, three thoughts race through my mind. Number one: I’m Batman. Number two: this is one of my games of the show. And number three: as incredible as that was, I’m not sure I’d want to pay the price of a full game to relive this one experience.

PS VR undoubtedly proves itself in these short, immersive moments. Just a brief wander through Wayne Manor – descending into the Batcave via a secret passage – and the act of putting on the cowl blows “complete” titles (such as VR dogfighter EVE: Valkyrie) out of the water. Devs are embracing the new perspective that virtual reality offers us, and designing non-traditional experiences around it.

So why sell them traditionally? Shelling out a chunk of cash for a short title would sour the taste of PS VR’s delicious morsels of fantasy lives. Sony’s already got the perfect solution in place: a subscription service. Like PS Plus or PS Now, we could pay a monthly fee for access to a library full of those kinds of bite-sized experiences. It’d be a little pricier, perhaps – but it’d be worth it to fly Federation starships in Star Trek: Bridge Crew, or ride Until Dawn: Rush Of Blood’s horrorcoaster, without worrying whether we’ll replay them or not.

We should be encouraging devs to accommodate the tech’s strengths and current limitations. Slick, tightly woven and custom-crafted VR games that focus on the experience – rather than typically skill-based gameplay – are the most successful titles so far. Imagine if devs felt pressure to tack on extra content, or spin out the running time, for the sake of providing value for money. Nobody needs a mini-game in which the World’s Greatest Detective does the washing up in his rubber gauntlets. Or do we? No, Jen. Stop.

But we’ll all feel a bit ripped-off if we’re expected to pony up 40 quid for a few glorious minutes of batarangs (and one murder-mystery mission). The early – and at times slightly nauseating – days of VR are showing us that short is most definitely sweet. Roll on, PS VRental.