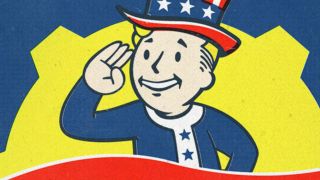 Deals on Sony's PS4 Pro console can come quite regularly, but not one like this. Amazon has an absolute steal on a 1TB PS4 Pro that comes with Spider-Man PS4 and Fallout 76 S.P.E.C.I.A.L Edition that comes with the game, exclusive in-game content and a set of pin badges, all for £339. That's even cheaper than buying a standalone PS4 Pro, which usually also retails for £349. That's quite the insane start to the official Cyber Monday PS4 deals.


Usually you get a PS4 Pro, maybe with a game if you're lucky, for £349 so getting two games and the 1TB Black PS4 Pro is quite the deal. Maybe combine it with a deal on an extra PS4 DualShock 4 controller and you'll be well away for the foreseeable gaming future.

If this deal doesn't float your boat, keep your eyes peeled on our constantly updated Black Friday game deals hub for deals on consoles, TVs, games, accessories and more.