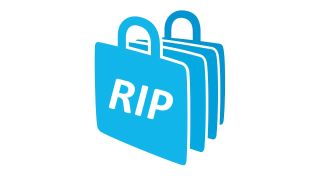 The Wii Shop Channel has an expiration date. As of January 31, 2019, you'll no longer be able to make purchases on the Wii system's built-in digital store, according to a posting on Nintendo's Japanese website (as translated by Gematsu). Leading up to the shutdown, you won't be able to load more credits onto your system starting on March 27, 2018.

Wii Shop Channel launched along with Wii in November 2006, meaning it will have just turned 13 when it stops taking new purchases in 2019. Nintendo says you'll be able to keep downloading Shop Channel stuff you already own for a while after that, though that service too will eventually be disabled.

Losing access to all those games and apps is a shame, but I think you'll agree that the true tragedy will be the loss of the Wii Shop Channel music. No jingle has ever complimented the primal joy of consumerism quite as well. The Nintendo Switch eShop's silence still feels slightly perverse by comparison.

Music aside, Wii still has arguably the best Virtual Console selection of any Nintendo console, so you'd better get downloading soon if you want to take advantage of it. And if you happen to be one of those hardy few Wii U owners (I'm right there with you), don't forget that you can use Wii Mode to download and play Wii games on a more modern console.

While you're dusting off your Wii / your Wii U's Wii Mode, make sure you double back and check out our list of the best Wii games of all time.