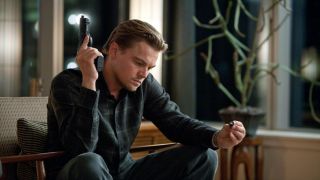 Inception reached cinemas 10 years ago, yet the ending continues to baffle viewers. Well, not just any old viewer, but also Leonardo DiCaprio, the Oscar-winning actor who plays the professional thief Dom Cobb in the movie.

Speaking to Marc Maron on the comedian's WTF podcast, DiCaprio made the admission while discussing Once Upon a Time in Hollywood co-star Brad Pitt’s inability to explain the ending of Ad Astra, saying of the Inception ending, “I have no idea [what happened].”

“You’re just focused on your character, man,” DiCaprio added, via EW. The actor explained that, while he usually tries to involve himself with the story, “When it came to [writer-director] Chris Nolan and his mind and how that was all pieced together, everyone was trying to constantly put that puzzle together.”

Asked whether the Inception ending meant his character was actually home or still in a dream world, DiCaprio said: “It depends on the eye of the beholder, I guess.”

Last year, Michael Caine, who played DiCaprio's character's father in the movie, gave an answer approved by Nolan himself: "When I got the script of Inception, I was a bit puzzled by it, and I said to [Nolan], 'I don't understand where the dream is.' I said, 'When is it the dream and when is it reality?' He said, 'Well, when you're in the scene it's reality.' So, get that – if I'm in it, it's reality. If I'm not in it, it's a dream."

Want to watch another movie with a great twist finale? Check out the best movie endings of all time.