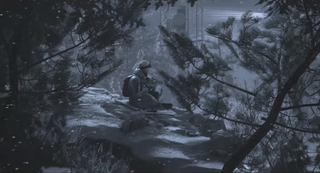 A bunch of new content is coming to Hitman 2 throughout the month of July including new contracts, a new Sniper Assassin map, new costumes, and plenty more. If you've already stayed your welcome in New York, the first piece of downloadable content for Hitman 2 released last month, then there will be plenty more for you to do across the games other maps.

Hitman 2 developer IO Interactive released a video going over all the new content on Youtube earlier today, including info on how to unlock a few anniversary costumes. The biggest piece of content in July is easily the new Sniper Assassin map, The Prison.

We don't know much about The Prison just yet but it will be the games' second post-launch map after IO Interactive let us run wild in New York City last month. Here's the full breakdown of when each new piece of content is coming to the game:

This July roadmap is part of a much bigger content plan including a an additional map, more missions, new outfits, and a ton of other stuff. Check out the image below for more details including what we know about other upcoming Hitman 2 content.

Jumping into Hitman 2 for the first time? Check out these Hitman 2 Ghost mode tips to help you assassinate your way to victory.