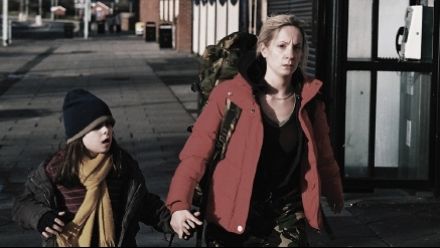 Refreshingly, the focus here is a female soldier, Suzy (Joanne Froggatt), who struggles to readjust to life with a volatile squaddie husband (Mel Raido) and their eight-year-old daughter (Chloe Jayne Wilkinson).

Welsh cranks up the unease as a flashback-troubled Suzy grows increasingly paranoid.

Anchored by Froggatt’s powerful performance, this is stark social realism steeped in honesty and humanity