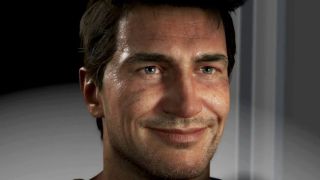 The PS4 Pro is a significant jump in terms of power from the base PS4, though it's up to developers to decide how to utilize that power. Uncharted fans the world over were no doubt hoping for confirmation of Uncharted 4 running at 60 fps on the new system, though Sony opted not to show such a visual treat, for whatever reason. But let's not let reality get in the way of our dreams, and take a gander at what Uncharted 4 running at 60 fps would look like:

The video was created by Eurogamer's Digital Foundry, the same people who often give extensive technical breakdowns of console hardware and game performance comparisons. It's not native gameplay - which is to say, Uncharted 4 does not run at 60 fps. Instead, what you're seeing is Uncharted 4 running on a PS4 with the slow-mo mode enabled, and the footage has been sped up 200 percent. It's a nifty visual trick discovered by NeoGAF user Kanuuna, who has even more of this type of footage:

When we saw Uncharted 4 (and a plethora of other games) at the PS4 Pro reveal, it was still running at the old 30fps framerate. One can only imagine how reactions would've been different if this had been the sales pitch highlighting the November-bound console's increased specs.