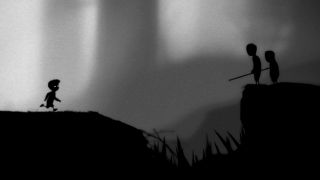 In any conversation about influential indie games, it's only a matter of time before somebody brings up Limbo. Playdead’s aesthetically-driven film noir platform puzzler leaves a striking impression upon your first playthrough, and its mark can be seen in many of the independent games that came after it, as well as some gems from the past that might have given it a nudge of inspiration. As the Xbox Live Arcade smash hit approaches its 10th birthday, we thought it’d be best to run through some of the best games like Limbo that you can turn to when you need your atmospheric indie fix.

Released in 2017 by Tarsier Studios, you can see a lot of Limbo’s influence on Little Nightmares at first glance. Yet, Tarsier’s horror puzzler was a critical success due to its gruesome, unique spin on the genre. You play as a little girl named Six dressed in a (now iconic) yellow raincoat. Six has to venture through a decrepit vessel full of gigantic horrid humans who wish to stamp her out of existence like she’s vermin. Hungry and afraid, the player guides Six past rigid traps and spikes, all in the pursuit of freedom from this den of iniquity. An enrapturing game bound to make your spine shiver, Little Nightmares is an essential follow-up if you enjoyed Limbo!

Another atmosphere-first platformer that borders on the existential and surreal, The Swapper came a few years after Limbo and excelled by the merit of its own ambience, curated by a two-man student development team and a host of hand-crafted assets made out of clay. You can see the knife marks in detail as you explore an abandoned research station, utilizing clones to solve gravity-bending puzzles and unravel the mystery of The Watchers. Light Metroidvania mechanics make this game stand out in the genre, and its inspired art direction ensures its a timeless experience, even six years later.

Another indie sidescroller that is well worth your time, Never Alone is a powerful story based on a traditional tale from the Iñupiat group of Alaska Natives. The game follows a young girl called Nuna and an adorable Arctic fox as they wrestle to survive the perilous tundra. It’s an emotional tale of cooperation and survival amidst adversity. As much of a history lesson as it is a video game, you’ll unlock wonderful videos which add some depth to the background of the tale and its surrounding culture and folklore. There’s also local co-op available if you’re keen to bring a friend along for the ride.

4. Brothers: A Tale of Two Sons

Josef Fares is now mostly known as quite the incendiary fellow after his Game Awards outburst, but way before A Way Out he made his name with Brothers: A Tale of Two Sons, a co-operative 3D puzzler that received heaps of critical acclaim upon its release in 2013. You control each brother with a single thumbstick and nip the triggers to interact with puzzles. It’s a fantastic push-pull experience with a deeply emotional narrative that deals with grief and coming-of-age. Whilst screenshots might give the impression that this is a cheerful game and doesn't belong in a list of games like Limbo, let me tell you, it is far from that as you progress through the story. Go in blind!

5. The Missing: J.J. Macfield and the Island of Memories

A fascinating sidescrolling platformer from the mind behind Spy Fiction and Deadly Premonition, Swery65’s The Missing is a relatively recent title heavily influenced by surreal cinema and Twin Peaks. The game follows J.J as she attempts to find her missing lover - but to solve puzzles she has to self-harm,  detaching controllable limbs to get around blockades and traverse obstacles. It’s a tremendously unique game with an honest and often difficult narrative that will challenge the player as they come to terms with the protagonist’s suffering. With clever puzzles and a gripping atmosphere, you shouldn’t miss The Missing if you're looking for some games like Limbo.

A vibrant jaunt to an alien world, Planet Alpha is a left field sucker punch to Limbo’s monochrome visuals. You’ll be clambering over molten rock and leaping across bouncy leaves as you evade robotic claws and nefarious beasts. The unique selling point of Planet Alpha is the cool puzzling capabilities of being able to control the day night cycle. The mystery of this savage planet is a delight to unravel - if you’re looking for the visual antidote to Limbo whilst keeping with the same style of side scrolling gameplay, Planet Alpha is your best bet.

A more focused and complete story than other games like Limbo, Gris is a game about grief that similarly features little text and is more about how your own personal experiences make you reflect upon what’s being presented to you. The puzzle platforming gameplay is engaging even if it is quite simple. Despite the fact it's quite short, it's definitely worth your time, and the majestic platforming makes a change to Limbo’s clunky hopeful prancing. It’s also way more relaxing than Limbo, with less physical threats and more psychological ramifications. Every frame is a painting, so make sure you don’t miss Gris.

A stone-cold classic brought forward for a new generation, Oddworld: New ‘n’ Tasty! is a remaster of 1997’s Oddworld: Abe’s Oddysee, Lorne Lanning’s deeply influential PS1 platformer. Whilst Limbo ushered in a renaissance for the side-scrolling platformer genre, this was one of its early forerunners in the field that paved the way for Playdead’s approach. With a more vocal and comedic tone, New ‘n’ Tasty is a slight departure from Limbo’s potent silence, but it makes up for the disconnect with layers of rich atmosphere. The Oddworld is bleak and mesmerising, and the game does a great job of establishing its world within the opening to really drive home the feeble frailty of Abe and his Mudokon brethren.

Another golden oldie, Another World was one of the first cinematic adventure games when it dropped onto the humble Amiga in 1991. Since then it’s been ported to nearly every platform under the sun, as well as being remastered for its 20th anniversary on modern platforms. It’s a humbling game to play on modern platforms given its rudimentary roots, but it’d be foolish to say it isn’t worth it, as the rotoscoped art style and fantastic score keep it from languishing in its age. Definitely worth it if you’re looking for an old-school spin entry in our list of games like Limbo, Another World is an adventure platformer history lesson that is still accessible in 2019.

Dark, brooding and oppressive, Inside was Playdead’s follow up to the iconic Limbo, and boy did they deliver. An incredibly similar game in many respects, Inside bottled up Limbo’s lightning but still pushed in a new ambitious direction, framing the game in a brutalist dystopia full of guard dogs and sea vixens. The 2.5D puzzle platforming is truly best in class, and you will quickly get caught up in its brain teasing web that leaves many threads playfully loose so your imagination can make up the rest. Like many in this list, Inside is a game you should attempt to conquer with no former knowledge of it. If you liked Limbo, it's also a no-brainer (if you can excuse the pun…)