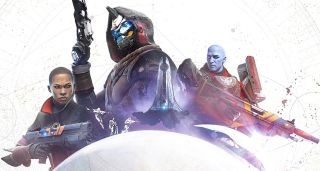 Destiny 2 director Luke Smith's first Director's Cut blog post was a scattershot look at a variety of features, but his latest anthology is all about the game's Power level and how it's changing in Destiny 2 Shadowkeep. Players will gain Power in new ways, including some exclusive end-game ones, and existing Power sources will be tweaked this fall.

Let's get the bombshell out of the way first: to help new players coming in with New Light, the Destiny 2 free to play version launching this fall, everyone and every item in the game is getting boosted to 750 Power with the launch of Shadowkeep. As Smith points out, this means current players should save their Infusion materials unless they absolutely need an item to be 750 Power right this second, because everything will be boosted for free this fall.

"Raising the Power of all players globally is indicative of a greater problem," Smith says. "It’s real weird that someone will boot up New Light for the first time and immediately be 750. The capital-P Power level in Destiny (or Light as it was called in D1) has been asked to do a lot over the years. For a time in Destiny 1, it was one of the only things players had to pursue. In D1, Power/Light meant something in terms of achievement - but that badge of honor had its problems (forever 29 via raid boots, etc).

"At D2 launch, we shortened the Power climb, oversimplified the game, made it too easy to get items, focused on bringing new players in, and hoped that players would pursue looks alone as their endgame (we were wrong!) while we continued to build features like what would become Forsaken Triumphs. During that period, we also democratized Power so that players didn’t need to raid or play Nightfall to reach max Power. They could kind of just do any weekly. Forsaken introduced gold sources onto the map, and over the course of the year, the number of powerful sources continued to increase."

This fall, Bungie's taking Power in a new direction. Firstly, the number of activities which award Powerful gear will be reduced. Smith says the plan is to reduce Powerful sources down to the number available at the launch of Forsaken, and also to ensure that players receive "a consistent expected powerful reward" from these sources "regardless of your Power relative to it."

As part of this housekeeping, Prime Engrams are being overhauled. "They’ll begin dropping once you hit 900, and you’ll accumulate charges for them as you make your way from 750 to 900," Smith explains. "We’ve increased the number of Prime Engrams you can earn in a given week and rebalanced the value of each one to account for the increase in volume." In other words, you'll have to climb from 750 to 900 Power the old-fashioned way: through activities.

Secondly, and more importantly, the highest-Power gear in Shadowkeep will be exclusive to designated pinnacle activities - presumably raids and dungeons. "These sources are the only way to earn gear drops above power 950 in Season 8," Smith says. This suggests that the new Power cap will be in the range of 1,000 (!) or at least 960-ish.

"Here's the thinking: Pinnacle reward sites can award players Power above 950," Smith says. "This is a way of reclaiming a little bit of the character Power prestige that the initial D1 Power climb created. If you inspect a player and see their gear is 960, you know they’ve done a bunch of pinnacle activities. It’s worth mentioning that as you raise your Power via pinnacle activities, other powerful reward sites will continue to drop powerful sidegrades."

Even with all of these changes, Smith believes "Power in Destiny 2 is still imperfect … when we look to the future, we feel like the Power system may benefit from a rework further down the road. There’s real potential in creating more agency for players, figuring out if Power should be prestigious or not, and taking on the challenge of how to keep players relatively close together Season after Season, while still allowing them to make progress."

Whether this Power rework is delivered via Destiny 2's next suite of seasonal content, or a potential fall 2020 expansion, or perhaps even in Destiny 3, remains to be seen. One thing's for sure: the Power changes coming this fall will have a huge impact on the way players acquire gear in Shadowkeep. Speaking of which, there's a brand-new source of Power coming in the expansion: seasonal Artifacts.

Each season - Shadowkeep being Season 8 - will come with its own Artifact. This will provide players with exclusive mods that can only be used during that season. Earning XP and leveling up this Artifact will also provide an account-wide Power bonus. "This is meant to give players who can’t or don’t want to play pinnacle activities a seasonal path to Power," Smith explains. "This way, even if a player doesn’t play the raid, Iron Banner, or the [REDACTED], they can still have a high Power value for the Season."

It's unclear how many Power levels a maxed-out Artifact will provide. In any case, the obvious catch here is that the Artifact, and the Power boost it provides, will reset each season. So while Artifacts will provide a more approachable Power climb for casual or solo players, hitting max Power will still be tied to pinnacle activities.

OK, let's recap all that:

There's a lot to unpack here. What's happening to all the Powerful sources introduced in the Annual Pass? How many activities will yield 950+ gear? What kinds of bonuses will Artifacts provide? What the hell even is the Power cap in Shadowkeep? 960? 1,000? 999? With any luck, we'll get answers to these and other questions soon.

For now, catch up on everything you need to know about the Destiny 2 Armor 2.0 system in our guide.