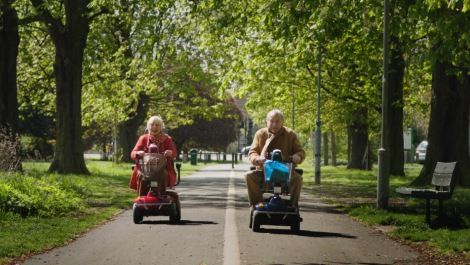 Focusing on a disparate bunch of Londoners roaming Tooting Common (including a bankrupt single dad, a homeless man, and some birdwatching boy scouts) this bittersweet comedy-drama, made by a husband-and-wife filmmaking due on a shoestring budget, recalls 2006’s Scenes Of A Sexual Nature in its rambling episodic nature.

Like that film, it’s very much a whimsical soufflé with a generous side-order of twee – and occasionally iffy acting. That said, there’s some incredibly good (and very funny) dialogue here, and an innate sweetness and charm that offsets its air of post-recessional malaise one anti-bankers rant, in particular, will have you cheering.