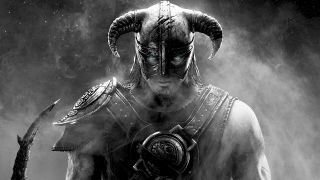 The ‘chosen one’ main quest trope needs to stop. That’s just a fact. At best you’re in Aloy’s shoes striding through Horizon: Zero Dawn - she’s ‘special’ because her genetic code is tied to the game’s backstory. It makes sense to have her as the chosen one as she’s already a defined protagonist, with an already-determined name and personality. At worst you’ve just spent hours creating the perfect roguish bandit who you’ll name Joffbert the Slick, who sneers at town guards… aaand who’s just found out they’re Dragonborn. Who has to save the land from a world-destroying reptile named Alduin, when really all he wants to do is some petty theft in Riften. Somehow that’s not really the destiny you imagined for your charming scoundrel.

There’s a reason why the Alternate Start mod for Skyrim (where you can choose your own beginning instead of being carted into Helgen) is insanely popular. Being told that you’re the chosen one, destined to save the entire world, makes you instantly break from the character you’re trying to roleplay. Nevermind the fact that it might not fit their personality to save the world - wherever you go, eventually everyone knows who you are. Somehow they’ve all heard of your plight. Because you’re the chosen one who’s been reluctantly pushed into a heroic deed by the main quest.

There’s no sense of accomplishment as you haven’t earned that recognition. A notable exception here is Morrowind, where the Nerevarine started off as an ordinary Joe and slowly become famous. Mass Effect 3 too at least had different endings for the Reaper invasion, allowing you to roleplay your Shepard. Yet Shepard remains the chosen one, with their destined pivotal role with the Reapers remaining unchanged.  But with Skyrim, Oblivion, Horizon: Zero Dawn (don’t look at me like that, Aloy), having a set ending in mind for ‘chosen one’ quests ends up killing any illusion of roleplaying as there’s no choice involved. You might want to turn to the dark side, but your destiny is to save the world.

Think you're done with Skyrim?

You’re not the only one who’s being confined by this trope either. Having an NPC recognise you, or get teary-eyed because you were obliged to save [insert secondary NPC here] as part of a main quest assumes that most characters are eagerly awaiting the next issue of What The Chosen One is Doing. When you think about it, it’s selfish really: the game is refusing to acknowledge that other people might simply not be bothered about you. They have their own lives to worry about, after all. One of The Witcher 3’s most endearing side quests was Geralt’s journey to find a beloved frying pan, featuring an old woman who didn’t care about him being the Butcher of Blaviken. Making the game feel more rounded as a whole, including citizens who will treat you like any other chump walking down the street is a great way to ground players. When you get to level god-knows-what and can make fireballs hail from the sky, sometimes it takes an unimpressed farmer who’s worried about his wheat harvest to make you realise people have their own issues to worry about. These problems are on a different scale to yours, but to the NPC they’re important. And that’s what matters.

RPGs are centred on the fact that their entire worlds, with all their depth, lore, and vast stretching vistas are open for you to explore at your own pace. Yet being chosen can rip up gameplay and leave you feeling out of your depth. Take Skyrim’s introduction to dragons, for example. A Redditor observed how they mess up gameplay indefinitely. Once you find out you’re Dragonborn the airborne reptiles interrupt your rambling no matter how low your level, resulting in frequent deaths and a lot of curse words. Granted, this beginning period might be part of accepting your role as the saviour of mankind/elfkind/the Wasteland/the world, but that doesn’t change the fact that it’s bloody annoying. Making the dragons a nuisance instead of a mini boss encounter, it makes being chosen a case of pest control. Giant, fire-breathing pest control.

It's the end of the world as we know it

Inevitably an ‘end of the world’ scenario will be chucked in that so many of those chosen one main quests depend upon. Leading to some low-key anxiety that the game could suddenly end if you don’t start the main quest instantly, it’s disastrous. After all, that demon/evil army/alien could be left unchallenged. They could push forward with their devious plan, and where are you? Pulling wings off butterflies or trying to hunt down a motherlode of Wonderglue in the wasteland. A foolish thought perhaps, as the game will actually wait until you begin the main quest to start bringing everything crashing around your feet. Or maybe one suddenly won’t, in which case any time limit put on your questing hours is looked at with the same kind of loathing you normally reserve for people who jump queues. Either way these doomsday ultimatums completely break your immersion when there’s so many other things to do. Sidequests, places to explore, faction questlines to begin: it’s almost a contradiction in terms to say everything is coming to an end.

As for the ending itself, there’s often very few options for varied endings. Despite the fact that you might be morally-grey character, who doesn’t think twice of slaughtering innocent adults but puts themselves in great danger to save children, you’ve probably got only two endings lined up. Number one is: kill the monster, save everyone, and be hailed as a hero. Or you can befriend the monster, kill everyone, and become a tyrant.

Very few games have the option to take the central route, where you can befriend the monster, but convince it not to kill anyone. Or simply shrug off the responsibility altogether, and end the main quest however you see fit. Chosen Ones fit in either the good or bad categories, with very few games giving you the option to customise the finale. Unless you have either a halo or horns protruding from your head, finding an ending that’s nuanced enough for your character is tricksy.

So what's the solution?

Don’t worry, there is a solution to all this. Dishonored takes this chosen one idea and turns it on its head, while laughing maniacally. The whole point of the game is that The Outsider has given Corvo powers because he thirsts for entertainment, so you’re simply made to do outlandish things because… because they’re a performance, to be blunt. That’s how you do the chosen one idea right: don’t try to disguise it about being about destiny and the greater good. Have fun with it. Acknowledge what you’re doing, and turn that into a key part of becoming this borderline-mythically-powerful character. Make it about personal growth, about accepting (or fighting) your role, about the bitterness you might feel that you have no control over your body or your future, all because some vain entity has decided to make you special. Make it about discovering yourself. As long as being chosen doesn’t take precedence over being whoever you choose, RPG’s can’t lose.

What do you think? Do you like being the chosen one, or do you think there are areas it could improve upon? Does it need to be taken even further? Let us know in the comments below!