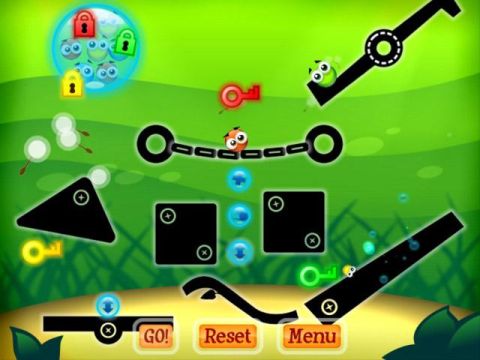 World of Goo’s first bona-fide challenger comes up short in both the puzzling and the personality departments.

It’s a cutesy ball-based puzzler, where you, a ball, collect keys to help your ballsy brethren escape their prisons. Your ball needs to strike all the keys to release the other balls, but the level is frozen until you turn on the physics – at which point you have to hope everything will fall into place. It’s diverting, silly and uses a few brain cells when you have to figure out how to make the colors match, or the angles work, but there’s nothing transcendent here. It does just enough for an afternoon’s play, but you won’t be telling the world about it.