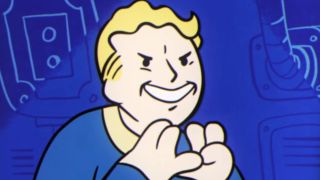 In a statement sent to IGN yesterday, Bethesda said that recent reports of hacking vulnerabilities in Fallout 76 "are either inaccurate or based on incorrect assumptions," adding that "cheating or hacking will not be tolerated." Bethesda also said it is "already actively tracking and planning to roll out fixes" for several issues which Fallout fans have highlighted.

The source of the hacking concerns in question was a Reddit thread written by Fallout modder teetharejustdone. They argued that because modders and hackers already know Bethesda's Fallout engine inside and out after modding the pants off previous games, it'll be easy for dubious players to tinker with Fallout 76 to gain an unfair advantage. For example, they said players could conceivably highlight other players to make them easier to spot, grief others by tracking their location and HP, or simply force players offline.

Furthermore, teetharejustdone said "there are no server checks to verify models or file integrity," and that many other checks are purely client side. In other words, the game servers themselves wouldn't flag players for using exploits like the ones listed above, meaning hackers would have free reign. That being said, they didn't offer much evidence for this claim apart from a single mod that helps players pick locks.

Bethesda didn't specify which of teetharejustdone's assumptions are incorrect, but it sounds like the sky isn't falling just yet. Bethesda said it is aware of potential issues like these and is already preparing fixes - which will hopefully release before Fallout 76 does. The studio also reaffirmed plans to support legitimate Fallout 76 modding "down the road."

The Fallout 76 beta is almost over. Here's when you can play next.