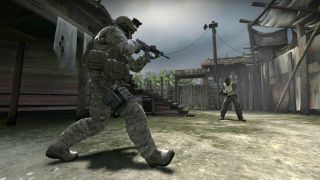 It seems the first-person shooter is more popular now than it's ever been, though, as Steam Charts (thanks, Eurogamer) reports that in the last 24 hours, developer Valve has hit a new all-time concurrent peak of 876,575 players, smashing the previous record by over 25,000 players.

At the time of writing this makes CS:GO Steam's most popular game, currently surpassing the concurrent numbers for hugely popular titles like Dota 2, Grand Theft Auto V, PlayerUnknown Battlegrounds, and Rainbow Six Siege. It now boasts the highest concurrent peak of almost every other game on Steam, exceeded only by PUBG and Dota 2.

Interestingly, though, whilst it's the highest concurrent users we've ever seen on the platform, the numbers aren't as impressive when it comes to in-game figures. Here, we see just 5.8 million if we aggregate all in-game player numbers, whereas two years ago when the previous record was set in 2018, the in-game collective total was around 7 million. This suggests we have more players logged in but AFK than those actively playing games or using the client.

ICYMI, Valve has confirmed that all of the major Half-Life games and add-ons are now available for free on Steam as part of a pre-Alyx promotion. They'll be free to play – not free to own – for the next two months, or up until the release of Half-Life: Alyx, which is still on track for a March release. This free to play offer extends to Half-Life, Half-Life 2 and its supporting episodes, and major additions like Half-Life: Opposing Force, Half-Life 1: Source, and Half-Life: Blue Shift.

GamesRadar+ is currently tracking the 20 biggest games that will define 2020. For more, click through to our Big in 2020 coverage hub.