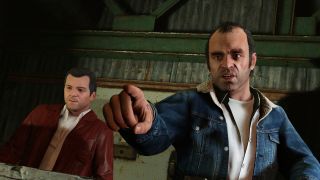 It looks like production is ramping up on GTA 6 (or a similar but no less ambitious project) at Rockstar North - the Edinburgh-based branch of Rockstar Games that most recently led development on Red Dead Redemption 2 last year.

A new job listing for an Animation Systems Programmer on Rockstar's website (via PlayStation Universe) has revealed that the company is "developing advanced animation systems for large open world character-based games", looking for new hires who can help push "the boundaries of character animation on next generation hardware."

Presumably, by "next generation hardware", this vacancy is referring to the PS5 and Xbox Project Scarlett, both of which are scheduled to release in Holiday 2020, but the identity of the game project itself remains unspecified.

The most obvious suspect, of course, is GTA 6, which certainly fits the specification of a "large open world character-based game" but, then again, so does Red Dead Redemption and - to an extent - Bully. Indeed, rumours of Bully 2 have been circulating online for some time, and it's not out of the question that Rockstar would want to finally follow up that 2006 cult classic with a full sequel.

The notoriously secretive studio likely won't be revealing anything more officially until it's ready, of course, and while this job listing does feel like it's stating the obvious, it's good to have some sort of confirmation that Rockstar is back doing what it does best after all the success of Red Dead Redemption 2.

For more, check out 11 tech demos to make you excited for next-gen, or watch below for a guide to everything else out this week.