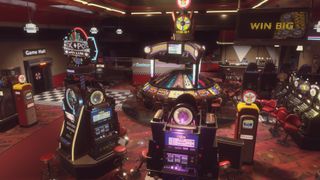 Fans of the franchise will know Spencer as the CEO of Umbrella and the shadowy antagonist of the overarching storyline. Alex Wesker, not to be confused with the once-ubiquitous Albert Wesker, is the only surviving member of Spencer’s “Wesker Plan” and is the main antagonist of Resident Evil Revelations 2. Wesker and Spencer join Anette Birkin, another Mastermind, and a new character, Daniel Fabron.

Masterminds in Resident Evil Resistance are those playing solo whose job it is to rig the game’s world with monsters and traps to defeat the team of four opposing them. Wesker’s play style favors placing traps and slowing survivors’ advances with roadblocks and enhanced zombies. Her special attack releases a massive carnivorous plant called Yataveo that can block would-be escapees, or just eat them for lunch. Meanwhile, Spencer uses his high-end Umbrella tech to torture survivors. He’s unique to the game in that, rather than summon a bioweapon as a special attack, he generates a Disintegration Field that hits survivors with massive damage should they cross it.

Capcom also revealed two new maps coming to the multiplayer extension: Casino and Abandoned Park both seek to juxtapose formerly colorful and noisy venues with the game’s more recent horrors, so don’t expect to spend too much time playing slots or riding the carousel. Consider them two more stops on the hero’s journey of Martin Sandwich.