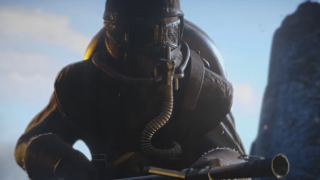 Remember how, a little over a week ago, EA and DICE revealed that the Battlefield 1 open beta would begin on August 31? Did you notice the conspicuously-absent end date in that report? Well, that's no coincidence. As the Battlefield 1 official Twitter account so eloquently put it yesterday: "we don't have the end date just yet."

Call me old-fashioned, but I generally like to know when a limited-time offer ends. Maybe EA and DICE are saving a big reveal and the beta will last much longer than expected. Maybe the tweet is actually a bit more literal and the companies haven't yet gotten confirmation from Sony and Microsoft about how long they can run the beta. Or maybe they're just teasing us.

In any case, consider this your reminder that the prelude to World War 1 begins August 31. Make sure you're prepared.