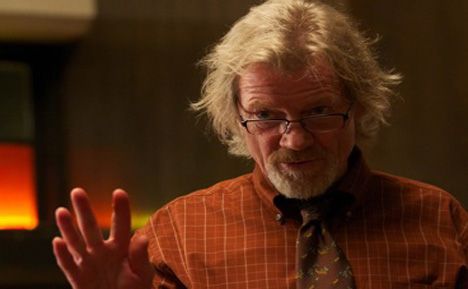 Right back to his 1999 film Dogma, Kevin Smith has had it in for organised religion.

So it’s no surprise that in Red State, his first foray into horror, the perpetrators of evil are not Satan and co, but a bunch of religious zealots: an extended family led by one Pastor Abin Cooper (Michael Parks, excellent), who terrorises his backwater town with rabid anti-gay pronouncements.

The film begins with a trio of highschool students (Michael Angarano, Nicholas Braun, Kyle Gallner) trying to set up a foursome online with an older woman (Melissa Leo) in her trailer.

Before they know it, they’ve been drugged, abducted and incarcerated at Cooper’s church, where one luckless sinner has already been mummified in cling-film and shot in the head. And it looks like they’re next…

It’s a provocative, promising set-up, but the second half doesn’t quite live up to it. Instead, with the arrival of an armed posse of government agents (led by John Goodman), the film unravels in a hail of bullet-fire that lasts almost as long as the lengthy sermon Cooper delivers to his flock. Flabby, overcooked, and indulgently edited, Smith struggles to muster tension.

Certainly, those that worship at the altar of Smith – at last able to see the film after months of waiting – will be refreshed to see him produce something very different from his usual fare (even if the students’ early crude chat is all too familiar).

As an action director, his skills are rudimentary – though the scene where Travis (Angarano) attempts to escape, with the camera harnessed to him, is highly effective.

In truth, perhaps because of the casting of Rodriguez/Tarantino regular Parks, Red State almost feels like a discarded trailer from their Grindhouse project.

An exploitation movie dressed up as a religious satire, it doesn’t quite work as either – though there’s one almighty twist, a Revelation you might say, that’s something of a saving grace.