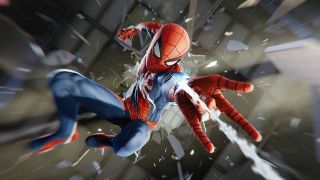 Earlier this month, a patent filed by Sony seemed to suggest that the company was working on a backwards compatibility program for PS5, the inevitable next-gen follow up to its hugely successful console, the PS4. While it didn't outright confirm anything, a second Sony patent recently discovered online (via GearNuke) has corroborated our suspicions that the PS5 will indeed be backwards compatible, especially as this one explicitly mentions backwards compatibility upfront.

Titled  “Simulation of legacy bus operation for backward compatibility”, the patent was registered at the same time as the previous one, but was only published this week, and relates to a method which emulates the internal communications of a legacy system (i.e. old Sony hardware) for the company's new technology.

The patent also refers to the ability to adjust the performance of legacy technology on updated hardware, which could be related to Sony's discovered plans for “Remastering by Emulation", i.e. digitally remastering PS4 titles running on PS5 via backwards compatibility. Think about how the Xbox One can play old Xbox 360 games at higher framerates and 4K resolutions, and you get the idea.

And, as with the other patent discovered earlier this month, the online document also mentions Mark Cerny - lead architect of the PS4 - in the workings of the process, which is further evidence that this method relates to PlayStation itself. Taken together, these patents suggest the writing is on the wall for PS5 backwards compatibility, though there's still no word yet on when Sony plans to release its next-gen console. Stay tuned to GamesRadar, and we'll let you know when we hear anything more.

Don't worry, Xbox fans! There's plenty to get excited about with the Xbox Project Scarlett, and you can read all about it right here!