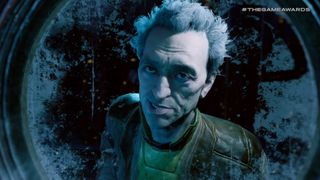 As we said in our review of The Outer Worlds, this is Obsidian operating at the top of its game, and as you'd expect from the makers of Pillars of Eternity, a lot of that comes down to its writing and humor. The Outer Worlds manages to skewer capitalist corruption while painting an inventive and intriguing universe of its own, and it's one of the funniest games we've played in years. In a new interview on the PlayStation Blog, directors Tim Cain and Leonard Boyarsky shared a bit more about the origins and goals of the game's humor, including a surprising number of Simpsons references.

"The first company was Spacer’s Choice, which was a riff on Trucker’s Choice Pep Pills from The Simpsons," Cain says of the game's many caricatured companies. "I imagined it as a company that made almost every type of product, but none of them were good. But they were cheap. After that, I created a rival company, which was Auntie Cleo’s, and they tried to differentiate themselves as better than everyone else. Other companies quickly followed based on the needs for certain products in the game, like C&P for food, Hammersmith for weapons (oddly enough, they sold no hammers), Brook & Olson for armor, and Rizzo’s for candy and soda."

As it happens, The Simpsons also inspired one of the game's central religions: Scientism. "Scientism started with its name, yet another Simpsons reference (their official name, ‘The Order of Scientific Inquiry,’ came later)," Boyarsky says. "After settling on that, I began exploring what type of religion could be worthy of that name, and what type of purely materialistic religion the corporations might espouse as a way to remove everything spiritual from their workers’ lives."

For more from Cain and Boyarsky, including their favorite character pairings, check out the full interview here.