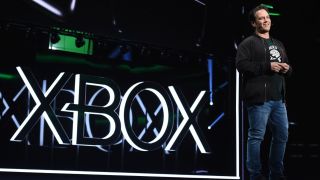 Head of Xbox's Phil Spencer has confirmed Xbox will be attending E3 2020. Spencer took to Twitter to confirm the news, saying, "our team is hard at work on E3, and we look forward to sharing with all who love to play what's ahead for us."

Our team is hard at work on E3, we look forward to sharing with all who love to play what's ahead for us. Our artform has consistently been propelled by the cross-section of creativity and technical progress. 2020 is a milestone year in that journey for Team Xbox. #XboxE3 #E32020January 14, 2020

The confirmation comes just after Sony announced it would be skipping the event for a second year in a row. After the E3 2019 doxxing scandal that saw thousands of journalists private information leaked online, and Sony's absence from the event, many have been discussing the decline of the big industry trade show.

2020 is a big year for both Sony and Microsoft with the next-gen consoles on the horizon. Sony will likely hold its own event for the PS5, with rumours already circulating that we may see the PS5 revealed in February.

From the sounds of it, though, E3 will set the scene for the Xbox Series X. While we don't know for sure if we'll see more of the next-gen console - which has already been unveiled to the world - Spencer does mention that it's "a milestone year" for Team Xbox, which could hint at us getting more information about the next-gen console.

Given the next-gen console's current release date window of holiday 2020, it would make sense if we got to see even more of the console ahead of launch in the middle of the year. We could also see more of one of the Xbox's most anticipated games, Halo Infinite. We haven't seen very much of the next entry in the Halo series, but since it's said to be a Series X launch title, we could very get our first proper look.

We'll be keeping our eye on all of the latest information about E3 2020 as news develops, so be sure to check back for updates.

Here are all of the upcoming Xbox Series X games we know about so far. You can also check out our latest Dialogue Options that looks at what next-gen will mean for us gamers below: