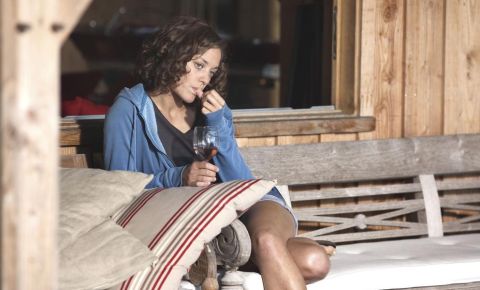 The Big Chill, Peter’s Friends, Return Of The Secaucus Seven, Grown Ups… this Gallic tale of fortysomething friends taking a vacation by the sea fits into a long, fairly distinguished (well, apart from Grown Ups) tradition of ensemble reunion films.

It’s maybe asking too much, then, for writer/director Guillaume Canet to reinvent the wheel. But over a leisurely two-and-a-half hours, he does add a few new spokes, mostly thanks to a great cast led by his Tell No One leading man François Cluzet and Marion Cotillard, his off-screen leading lady.

Holidays are a serious matter for our cousins across la Manche, and the Parisians here are no exception. So much so, that not even a horrific road accident that leaves one of their number (Jean Dujardin) knocking at death’s door can persuade them to give up their annual fortnight at the Cap Ferret retreat of angsty restaurateur Max (Cluzet).

Max is more het-up than usual this year thanks to chiropractor Vincent (Benoît Magimel), who’s just disclosed he’s got a baguette-sized guy-crush on his seasoned chum.

They are not the only ones with issues, though. Commitment-phobe Marie (Cotillard) is struggling to cope with the fall-out of another one night stand; lovelorn Antoine (Laurent Lafitte) is obsessively pining for the girl who dumped him; while hedonistic Éric (Gilles Lellouche) is finally realising he’s getting too old to chase skirts and cheat.

Original this certainly is not. But it is highly charming, funny and affecting, with a real sense of community and a super soundtrack that suggests Canet has much the same CD collection as Lawrence Kasdan.

Yes, it could do with some trimming, while the last half-hour is one long wallow in a shared tragedy. But give Lies a chance and you may be surprised how willingly you warm to its dysfunctional posse and their oyster-farming conscience Jean-Louis, appealingly played by oyster farming non-actor Joël Dupuch.