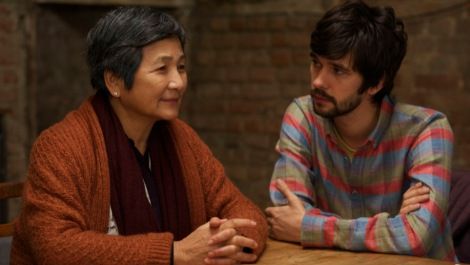 Between Skyfall and his planned Freddie Mercury biopic, Ben Whishaw proves his mettle in a chamber drama about language and loss from debut writer/director Hong Khaou. Whishaw gives his heartfelt all to Richard, a man mourning his boyfriend’s death.

When he reaches out to his partner’s ageing mum (Cheng Pei-Pei) via a translator, their cultural contrasts help illuminate ideas about how grief can isolate and connect. Peter Bowles adds comic relief, but it’s the fully invested leads and graceful, poetic direction that give this study of emotional interiors its subtly heartbreaking power.