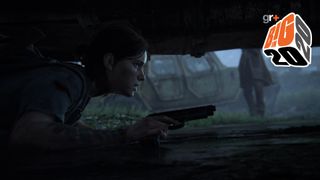 It's all been building to this. The year where everything changes, as we wave goodbye to the eighth generation of video game consoles and welcome in the ninth. The PS5 and Xbox Series X are just months away, the rumours of the Nintendo Switch Pro continue to gain traction, virtual reality is finally making an impact, and streaming services are beginning to make a momentous surge towards serious mainstream viability. It's all happening in 2020.

But there's more to this year than hardware and services. One of the reasons I've always been such a huge fan of the year in which we get to witness the changing of the technological guard is because of the games. There are a lot of new games of 2020, as developers work to clear the slate and prepare to wrap their heads around emerging technologies, the creation of new engines, and upending of established pipelines of development.

Just so we're all on the level here, I'm not afraid to admit that I'm an unabashed fan of launch titles. I love to see the results out of that small window of time where developers feel momentarily emboldened to deploy all available resources to highlight each and every feature – no matter how redundant or otherwise ridiculous – of the new systems and their accompanying launch peripherals. I am so here for the games that are often little more than technical showcases, for the titles that focus on graphical prowess and slick performance more so than fresh ideas and experimental execution – designed in principal to impress friends and help justify the expense of the new console to protesting partners and/or parents.

Bring me the horizon

That isn't to say that we should all spend the next 10 months pining over games on the near horizon, because it's the releases arriving in the interim that are really going to define 2020. It's here that the true value of the crossover year begins to reveal itself, as a handful of powerhouse developers and dedicated publishers grapple with everything they have learned across the generation and put it all into practice.

We get to see how publishers like Ubisoft, with the release of Watch Dogs Legion and Gods & Monsters, can leverage all that it has learned about the PS4 and Xbox One hardware since 2013 to deliver open-world games that could truly define the era. We will see titles released that simply couldn't have existed at the turn of the generation, those such as The Last of Us 2, Cyberpunk 2077, Dying Light 2, and Marvel's Avengers – games that have undoubtedly benefited from genre advancements made around them, not to mention years of carefully aligned engine refinement, mechanical development, and system-end evolutions. Some of the industry's most impressive work is done in the dying embers of a hardware generation.

2020 is where we get to see how far video games have come since 2013, where they have failed to evolve, and a solid idea of where the PS5 and Xbox Series X could take things. That was true of the previous generation too; 2013 saw the likes of The Last of Us, GTA 5, BioShock Infinite, Tomb Raider, Assassin's Creed 4: Black Flag, and Gone Home hit shelves. These titles set the template for what was to come in their respective genres – they are hugely important and influential releases that set the benchmark of expectation for everything that followed. That's why 2020 is so important. Not because of the new consoles on the near horizon, but because of the games that will arrive ahead of them.

Every new console generation brings about change. It's expected that the PS5 and Xbox Series X aren't going to usher in any meaningful shift in graphical prowess, outside of shoring up 4K resolution at 60fps that the PS4 Pro and Xbox One X have struggled to maintain. Instead, we're going to see developers and publishers working to streamline existing experiences, exorcising many of the demons that have haunted gaming across the decade.

Expect to see the death of loading times (at least as we know them today), a push to banish frustrating install times and updates, and an industry-wide push to push friendly communities to the forefront of online experiences and reduce gatekeeping to a thing of the past. The boundaries that were erected during the PS3 and Xbox 360 era, as the industry grappled with the increasing popularity of services such as PlayStation Network and Xbox Live, are going to be pulled down with the PS5 and Xbox Series X.

When you factor in the burgeoning streaming and subscription service – such as Google Stadia, Microsoft's Project xCloud and Game Pass, not to mention Sony's PlayStation Now – and it's clear that the platform holders are getting ready to introduce fundamental changes to the way that we play, consume, collect, and interact with games.

We'll no doubt be exploring all of this throughout the year. But for now, it's the games that I'm excited about. It's the games that you should be excited about too. Not only for the ones coming Holiday 2020 alongside the new consoles, but the ones arriving in the months ahead of E3 2020 too. It's here where we will see the culmination of six years worth of game development iteration and evolution, and where we will get our first glimpse into what will surely come next.

GamesRadar+ is tracking the 20 games that will define 2020. To read features on each of them as they go online throughout January, click through to our Big in 2020 coverage hub.