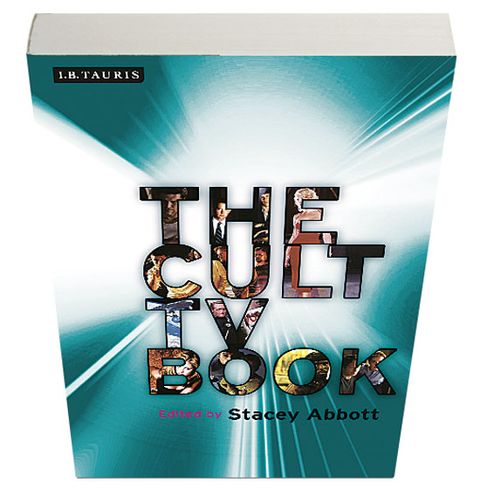 Writing his piece on “The Cult Of Cult TV”, TV historian Dick Fiddy tells us that, for the purposes of this transatlantic reference book, he is “masquerading” as an academic, a confession that speaks volumes about both this anthology’s accessibility and its patchy quality (ever heard of the film Star Trek XI ?).

The Cult TV Book has identity issues. Much of it is written with typically scholarly rigour, and Roberta Pearson’s first chapter, which attempts to define what “cult” might be, sounds a game note of scepticism: “I’m tempted to persuade the reader that academics should entirely abandon the useless concept of cult television.” It’s a bold opening, and the ensuing arguments never quite persuade us that she’s wrong. But some of the other writers aren’t quite as comfy with critical thought. When the editor, Stacey Abbott, describes The Prisoner as “quintessentially cult” you get the feeling that there’s some confusion about the purpose of this book. Isn’t “quintessence” the kind of illusion Pearson was trying to banish? Elsewhere, we discover that Grey’s Anatomy teaches us “what it means to be human” and that South Park is “inspired”. That’s not media studies; it’s not even journalism.

Sporting 26 contributors, the book is badly arranged: excellent pieces on the changing TV industry and the emergence of niche subscription channels in the US are weirdly broken up by a case study of Quatermass . But there are oases of insight: Matt Hills on “cult” versus “mainstream”, Janet K Halfyard on music and Tat Wood on Bagpuss , all skirting around the elephant in the room: the fact that “cult” has been co-opted and commodified. It’s a marketing strategy – we’re all cultists now. Thom Hutchinson