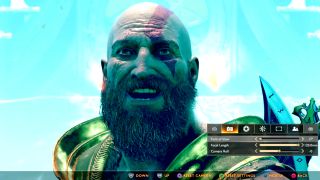 If you want to secure a PS5 right now, one European retailer will be happy to oblige - though you will pay a bit of a premium. The Swedish arm of electronics and appliances store Media Markt is offering early purchases of the system for 9,999 Swedish krona, or about $1,032/£853. It seems like it's just a placeholder price, but Media Markt will let you go through the checkout process and presumably complete your order for that sum.

It is possible that Sony will sell PS5 for a grand and this is a leak of an upcoming price reveal... but only in the mirror universe where that $599 PS3 price announcement didn't instantly become a (now ancient) meme. It's more likely that Media Markt just wants to get its listings up early and will cancel and refund anybody who actually orders at that price, or that it will honor the pre-orders and refund customers the difference once it's ready to ship out PS5s at their actual price. I guess you could order and find out yourself if you have a grand to spare?

Sony has gone on record about the successor to PS4 and even commented on its price, with system architect Mark Cerny saying the company aims to release it "at an SRP that will be appealing to gamers in light of its advanced feature set". One of those advanced features is a new storage setup that will let it load in huge open-worlds in a fraction of the time it took on PS4, though most are being kept secret and only hinted at in speculation from patents and leaks.

Once Sony's ready to share more officially about PS5, we'll let you know. Until then, Media Markt does have that solution for folks with way more money than patience.

Check out our rundown of known PS5 specs for more details on what will make Sony's next-gen console work.