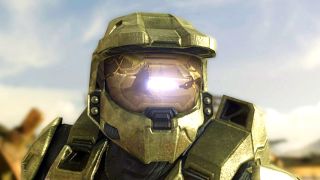 Before Microsoft's Xbox One X hit the market, virtually all talk about the machine was focused on what it could do - how many pixels it pushed, how smooth a framerate it delivered, how many flops it could flip. It was touted as the world's most powerful console, meant to show off the kind of power only Microsoft could deliver. If you wanted true 4K gaming, if you wanted your games to look their absolute best (setting aside competition in the PC realm), you needed an Xbox One X.

Three months later, it's become apparent that the device once known as Project Scorpio is fulfilling another purpose: repairing Microsoft's tarnished image.

When the Xbox One was revealed to the world, it was a confusing mess of ideas and half-baked compromises. Executives (in)famously talked up what many anticipated being the next great gaming console as a place where you could... watch TV and track your fantasy football stats. And be interrupted by a Skype call while you were watching Star Trek. And surf Internet Explorer by using gestures thanks to a mandatory Kinect accessory.

It might be hard to think back five years ago and remember just how truly awful this press conference was, but it was bad. Xbox had confused potential consumers by trying to become a jack-of-all-trades; gamers felt abandoned, like the console had nothing to offer them, while TV-watchers were put off by the idea of adding another box to their living room which came with an always-on camera.

This massive flub of messaging went down May 2013. Not quite a year later, Phil Spencer took over as head of Xbox and made very public proclamations that the company would renew its focus on games. While there have been some disappointments in that department (significant delays for Crackdown 3, the cancellation of Fable Legends and Scalebound), no one could accuse Spencer of talking too much about making Xbox One the machine you need to watch TV.

It was under his leadership that Xbox finally ripped off the $100 band-aid that is Kinect. It was Spencer who drove the push for backwards compatibility. It was Spencer who announced Xbox Game Pass, a sort of all-you-can-play buffet subscription service for Xbox games. And while research and development assuredly started working on prototypes for 'the next Xbox' well before his tenure, it's been a Spencer-led Xbox that oversaw the release of the Xbox One X.

That last bit is arguably most significant; while not positioned as a full successor to the Xbox One the way previous consoles have succeeded their older siblings, Xbox One X's launch still carried with it a tremendous weight. This was Spencer's biggest chance to push the reset button and undo the negative connotations that weighed down Xbox One. We're three months in from the Xbox One X's debut now, and impressions from industry analysts are favorable.

Xbox One X is a new beginning

Xbox One X is the first step on a new, better path for Xbox owners. Now the company needs to show it's committed to this course, and convince customers they can trust in the Xbox brand. And what better place to start than another one of Xbox's biggest failures, Halo: The Master Chief Collection?

There's nothing greater than the power of X

Master Chief isn't the only character getting a facelift on Microsoft's newest console; check out our list of every Xbox One X enhanced game here.

When Halo: The Master Chief Collection launched in November 2014, it was a sorry state of bad programming and unfulfilled potential - not unlike the Xbox One's reveal and lead-up to launch in a lot of ways. MCC suffered from broken matchmaking and shoddy network structure when it launched, and many of those problems persisted for years. Errors and laggy performance became something players just dealt with - an expected part of the MCC experience.

But what if the value of overhauling MCC wasn't in the number of players it brought to the game, but the trust it instilled in the Xbox brand?

Plenty of games in this day and age are riddled with bugs, and in certain cases, we've come to tolerate their existence. Let's look at a particularly beloved example: Bethesda's Skyrim. First released in 2011 for PC, Xbox 360, and PS3, the game has since been repackaged with all DLC as Skyrim: Legendary Edition, made its way to PS4 and Xbox One and re-released on PC under the name Skyrim: Special Edition, entered the world of virtual reality via Skyrim VR, and just recently was ported to Nintendo Switch.

That's four re-releases and ports spread across roughly six years. And yet, more than half a decade later, Skyrim still suffers from bugs - which range from mildly irritating to quest-breakingly infuriating - that are either widely documented or were long ago patched out by the modding community. The sneak icon can stay stuck on your screen. Players can get locked into or out of animations and make them incapable of, say, using an alchemy table or mining a mineral deposit. Crashes just sort of happen, seemingly without rhyme or reason.

Obviously Master Chief Collection and Skyrim are two very different games, I don't deny that. And yes, when you make an open world as massive as Skyrim's, I think it's fair to give developers some leeway and expect bumps in the road. The difference here is in the messages Microsoft and Bethesda send to their customers with their respective actions/inaction.

I don't know what message porting a six-year old game with six-year old bugs to the hot new console on the market says, but it's not a positive reflection on Bethesda or Skyrim. By contrast, a Microsoft-owned studio going back and making its three-and-a-quarter-years old game not only look nicer for Xbox One X owners but also run better for every Xbox One owner seems to say 'We know we messed up. We're going to fix it. We don't leave things at good enough.'

Long-time customers have the power to evangelize or damn your brand, and those customers need to feel like they're welcome and treated with respect. View them with apathy and they'll abandon you en masse for the competition (see: PS4 sales vs Xbox One sales). Squeeze them too hard and you wind up with a massive backlash that jeopardizes your future and the integrity of your product (see: Star Wars Battlefront 2).

Don't get me wrong, I don't think Microsoft is some altruistic, philanthropic organization. Even if my analysis is correct and 343 really is fixing MCC more out of a desire to boost public opinion than to boost player count, that's still a net win; more positive buzz about Xbox means more potential buyers and therefore, more potential revenue. And if someone buys an Xbox One X and hasn't already played MCC, maybe these tweaks will inspire them to buy a copy.

But you can sell someone a product without fleecing them. You can engage with your audience without being predatory. You can be a business and respect your customers. Xbox wasn't very good at that back in 2013. The symbolism of the Master Chief Collection update gives me hope that maybe it can be in 2018 and beyond.