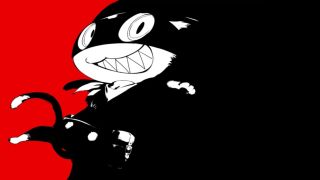 The official Japanese Twitter account for Persona 5 Royal is hosted in character by Morgana, who has recently been answering questions posed by fans. One such question submitted to the 'Ask Morgana anything' post asked if there will more activities to do at night, and it looks like we'll be getting more free nights without being forced to get some shut eye quite so often.

Thanks to a translation by @uca520aaa, Morgana revealed that players will have a lot more free nights to get up to more nighttime shenanigans in comparison to Persona 5: "Question: So I’m probably gonna be scolded by Morgana, but will we have more activities at night? Answer: You definitely have more nights to spare freely in Persona 5 Royal than in Persona 5! Study, read books, watch DVDs with me...it’s your call."

But, as Morgana went on to say, there will be times when we'll need to sleep. Presumably this is in reference to certain points in the story that will dictate when we have to hit the hay. "Of course, sometimes we're all gonna feel tired," Morgana said, "and when the time comes... let's just go to sleep."

Anyone who played Persona 5 will be well acquainted with the phrase "it’s time to go to sleep." Our cat friend Morgana is clearly a believer in the importance of getting a  good night's sleep - especially if you're a young student who also masquerades as a Phantom Thief. But sometimes sleep would just get in the way of of enjoying the nightlife and cramming in as many activities as possible.

Persona 5 Royal is currently set to release sometime in 2020, and from the sounds of it, we'll be hearing that infamous line a little less this time around. Having more nights to get your stats up? I'm all for it. Who needs sleep anyway?

Need the lowdown on all of the characters in Persona 5? Our Persona 5 character guide has got you covered.