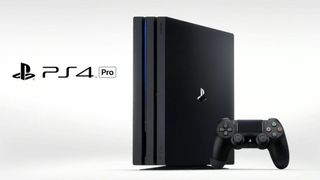 PS4 Pro's power upgrade and 4K abilities have been fairly vaguely explained following its reveal. It's definitely got more power and does 4K... something, but Sony has kind of avoided specifics. Especially terms like 'native 4K'.

Finally, though, we have confirmation from Sony boss Andrew House (via Digital Spy) that when it comes to 4K gaming on Ps4 Pro, "the majority [of games] will be upscaled". Although he adds, "based on the game portfolio I have seen to date". That's a quite different message to Microsoft which has said explicitly that Xbox Scorpio will natively render first party games at 4K .

When pushed on whether the term '4K gaming' used in conjunction with PS4 Pro was misleading House responded, "no, I don't think so. I think that whatever the term is, it's a question of whether people see a demonstrable difference in the game experience or not, rather than the term we use to apply to it".

I think he's got a point there because I'm guessing plenty of people will be playing on not 4K screens for quite some time to come. Ultimately he leaves it up to the gamers to decide: "they'll make their judgement as to whether that's working for them or not".