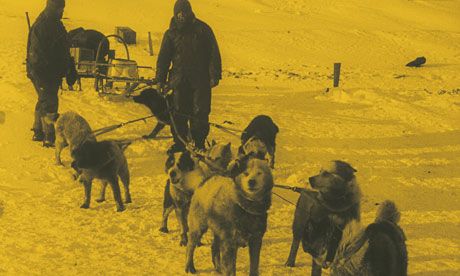 Its director Herbert G Ponting was the Antarctic Expedition’s official photographer-cum-cinematographer – his camera takes in the otherworldly landscapes, the wildlife (penguins, seals, killer whales, Skua gulls) and the goings-on back at base camp as the men and their animals prepare for their daunting challenge.

The footage is accompanied by a haunting original score, while Abide With Me has rarely sounded so poignant.