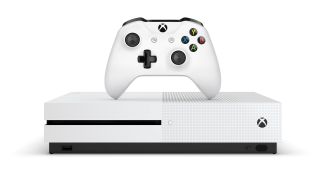 You will need: An Xbox One / A PC or Mac / Reasonable expectations
Optional: The tortured soul of a true artist

If there’s one thing we all know about game developers, it’s that they enjoy lives of ceaseless glamour. Your average programmer, for instance, might spend their days click-clacking away at code, but you can bet they spend their nights in champagne bars and caviar cantinas. Quality assurance testers, meanwhile, may work from 9-5 filing detailed crash reports, but these diligent bug-busters are also notorious for their love of Fabergé eggs.

If you, too, crave a taste of the high-life, then game development might just be the hobby you hanker after. But you should know that the process of breathing life into digital worlds is far from easy – there are tools to learn, obstacles to overcome and even (perish the thought) instructions to read. But thanks to Microsoft’s forthcoming Creator’s Program it’ll soon be easier than ever before to sell your virtual wares in the Xbox Store. The Program will be open to all developers, enabling anyone to publish games on Xbox One. All that’s left to do is actually make the game...

The first step in your journey towards game creation should be choosing an engine to start fooling around with. That might sound backwards – surely the idea should come first, right? – but spending time fiddling around with actual game creation tools on your Mac or PC will give you a much better idea of the scope you should work towards. We recommend Construct 2 for 2D projects and Unity for 3D games.

2. Settle on an idea

Now that you’ve spent a bit of time staring dumbfoundedly at your monitor, you’re probably starting to see that your idea for a blockbuster first-person shooter might be difficult to actually realise. So don’t be afraid to start small, and remember that a simple idea executed well is better than an inspired plan that you can’t complete. You might not make the next Halo, but you could make the next Stardew Valley.

So you have your engine and your (appropriately restrained) idea – what’s next? Construct 2 and Unity both offer their own tutorials, and YouTube is an invaluable source of beginner’s guides too. At some point, though, you’ll just have to get your hands dirty. Our advice is to get something basic playable as soon as possible and work from there, tweaking gameplay to get a feel for your tools.

Once you’ve committed to an idea, it’s time to start writing stuff down. Make lists of features to add, bugs to squash and ideas to implement, and cross off items as you go. It should go without saying that you’ll need to save often and back up regularly, but you should also number your saves to ensure that you can easily revert to an earlier version of the project if your tinkering breaks the entire build.

If you’ve stuck with the project up to this point, then congratulations are in order. Game-making is a big undertaking, and it’s easy to get demotivated when progress isn’t immediate. Now’s the time to reward yourself by signing up to Microsoft’s Creator’s Program (currently in Preview), which will enable you to implement Xbox Live features and sell your finished project on the Xbox Store.

The hardest part of any creative endeavour is actually finishing the darn thing, especially when there’s no external deadline to keep you motivated. So set yourself a basic schedule and prioritise making something that people can play from start to finish. You can learn a lot from tutorials and how-tos, but taking a project from start to finish will teach you more than any amount of fancy book-learnin’.

James's passions include chunky knitwear, pungent cheeses, and rewatching Columbo. Occasionally, he plays some videogames, too. And in case you're wondering, it rhymes with couch.
See comments