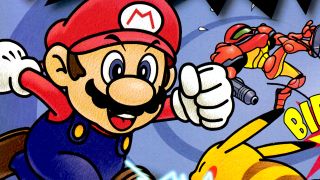 Nintendo’s most valuable asset has always been its characters. From recognisable leads such as Link, Mario, and Samus, to those that are afforded less screen time – but no less admiration – such as Captain Falcon and Ness, Nintendo has always built its success around these icons.

But if you look back to 1998, the idea of pitting these characters against one another was a difﬁcult sell; fans were upset by the idea of Fox getting a beatdown from Kirby. Nintendo wasn’t initially sold on the concept either, and there was a very real chance that Super Smash Bros. could have quietly faded from existence. It could have, that is, were it not for the insistence and perseverance of creators Masahiro Sakurai and the late Satoru Iwata.

Super Smash Bros. was imagined as an alternative to the 2D, one-on-one ﬁghting games that Sakurai felt were crowding the market, offering instead a manic battle royale experience that could offer something new every time you played it. Iwata was intrigued by the prospect of an accessible four-player brawler that could utilise the Nintendo 64’s unique joystick conﬁguration.

So intrigued, in fact, that he offered to program the earliest iterations of the game during his weekends to help bring Sakurai’s singular vision to life. The coming together of both of those ideals gave birth to a ﬁghting game that was unique to the industry, and inﬂuential in a way that is difficult to track.

From unlawful beginnings to mainstream success

Known internally as Dragon King: The Fighting Game through ‘98, the game was initially designed with faceless ﬁghter models, brawling against settings derived from photos taken outside of developer HAL Laboratory’s ofﬁce by a hurried Sakurai. It was reportedly fun, but it wasn’t working. That’s when the creative pairing took a risk that would ultimately pay huge dividends for all involved.

Super Mario Odyssey review: "A beautiful homage to the plumber's history, but also to his future"

As Sakurai tells it, the team approached Nintendo with an unauthorised build of Dragon King featuring Mario, Donkey Kong, Samus and Fox and, after a little convincing, it got the green light from Nintendo’s executives. Super Smash Bros. was born, a four-player ﬁghting game that had a sense of personality; a ﬁghter that could invigorate the dedicated Nintendo player’s imagination in a way that Tekken never could, mobilising a truly all-star cast of contenders in a way that we had never seen before.

That isn’t to say, of course, that other publishers hadn’t tried before this. The King Of Fighters (1994) and X-Men vs. Street Fighter (1996) both attempted to merge the battle royale concept with a crossover cast, but neither seemed to resonate in quite the same way. Perhaps it was the audacity of it all; it is, after all, easy to imagine a scenario in which Chun-Li and Rogue might become locked in a fair ﬁght (of sorts), but Jigglypuff versus Donkey Kong? It’s a bit of a stretch. But it worked and, more importantly, it was fun.

A great fighter, and a great party game

Super Smash Bros. was unique in that it was accessible. That’s where much of the fun factor stemmed from. Fighting games with roots in the arcade scene were inherently competitive; they were designed around the idea of confrontation, and the mechanics and systems reﬂected that.

While we aren’t going to debate the legitimacy of Super Smash Bros. versus the likes of Street Fighter, Samurai Shodown, and Virtua Fighter, there’s simply no debating that it has a different, unique spirit to it. The vibrancy of its stages and ﬁghters, the easy-to-grasp mechanical design, and a pace designed for frantic couch interplay between four friends – as opposed to coin-guzzling cabinets stuck in dingy arcades – resonated with an audience eager for something faster and fresher.

Super Smash Bros. brought the ﬁghting game to a wider, more mainstream audience. If you didn’t care about learning ﬁnger-twisting combinations or counting frames in order to compete with other players– or simply had zero interest in ﬁguring out what any of that actually meant in the first place – Super Smash Bros. was the answer.

It’s the most successful pick-up and play ﬁghting franchise in existence, albeit one that manages to hide a surprising amount of depth underneath its approachable facade. The continued success of Gamecube sequel Super Smash Bros. Melee at ﬁghting tournaments around the globe is proof enough of that.

Regardless, it’s a party game suitable for all, an arena where those with a penchant for mashing buttons can have as good a chance of emerging the victor as a competitive player intent on learning a character back to front. Ultimately, the fact that Super Smash Bros. has emerged as one of the most enduring ﬁghting franchises in the industry isn’t just the result its impressive roster, but because it’s a game that’s designed ﬁrst and foremost to be fun.

There are plenty of fighting games out there that continue to expand and explore the genre through the complexity within their systems. But there are none that can rival Super Smash Bros. for its combination of accessibility, balance and personality.