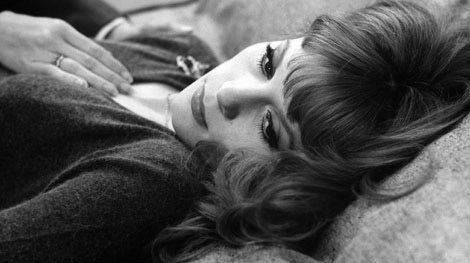 A welcome reissue in a new print of one of the lesser-known French new wave gems.

Made in 1964, its director François Truffaut described this Hitchcockian tale of adultery triggering a crime passionnel as “a violent answer to Jules Et Jim,” his previous film about a love triangle.

Strikingly shot in monochrome by Raoul Coutard and poignantly scored by Georges Delerue, Silken Skin (aka La Peau Douce) doesn’t spoon-feed us conventionally ‘sympathetic’ characters: instead, Truffaut plays up their fateful inability to communicate meaningfully in a modern urban world.