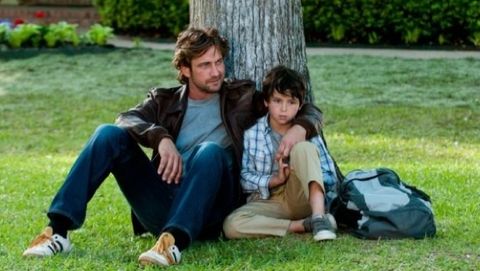 A down-on-his-luck ex-soccer star (Gerard Butler) coaches his young son’s team as a way to bond with the boy and cope with his midlife crisis, developing a loyal fanbase of swooning ‘soccer moms’ along the way.

And then his ex-wife (Jessica Biel) steps into the picture, with wedding plans underway with a new man, and the waterworks start flowing.

Playing For Keeps is awful – and not in a hilarious Ed Wood way.

It’s just sad-awful, as in Hollywood thinks so little of female film-goers that it expects them to eat up pandering dreck like this.

Director Gabriele Muccino ( The Pursuit Of Happyness ) can do better, while Robbie Fox’s first script since 1993’s So I Married An Axe Murderer suggests he’s not had much inspiration since then.

At least Butler’s good at footie.