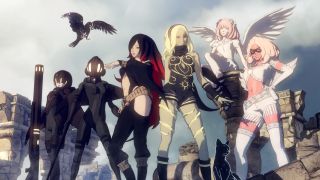 Gravity Rush 2, a brand new PS4 exclusive, is the sort of game people thought was going extinct back in the Xbox 360 and PS3 era. Big, bright, and deeply weird, it's a Japanese-made console game that embraces weird, bold character art rather than chasing design trends. That makes it well in line with director Keiichiro Toyama's classics like Silent Hill and Siren, not so much with the shooters and grimy open world games that have dominated shelves in the past decade. Yet here it is. How did Gravity Rush 2 get made? Sony Producer Nick Accordino joined us for a wide ranging discussion about Gravity Rush 2's creation and how Sony's Japan Studio games reach the rest of the world.